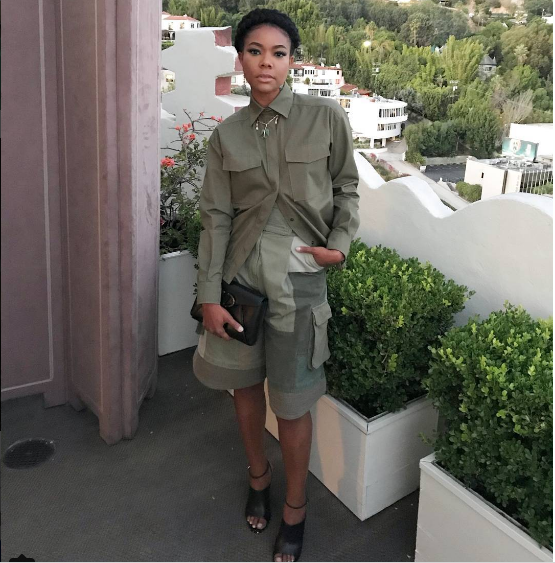 Gabrielle Union is bold and unapologetic when discussing the most intimate details of her sex life with NBA star Dwyane Wade. After her book, We’re Going to Need More Wine, came out and she engaged in some sizzling promotional interviews on radio, she garnered the interest of national television shows.

A radiant Union was grilled about her sex life on Bravo’s popular “Watch What Happens Live,” and she aid she and D-Wade have to fit their sexual encounters around busy his NBA schedule.

“You’ve got to space that out between games,” Union, 45, told host Andy Cohen.

Wade, 35, a 15-season vet, signed with the Cleveland Cavaliers in September following a one-year stint with the Chicago Bulls. Before that, D-Wade established his Hall of Fame career with the Miami Heat (prior to LeBron James’ arrival in 2010) by winning the NBA Finals and the championship MVP trophy in 2006.

During the summer break, Wade and Union flossed their relationship abroad during a Greek getaway, where they likely made the most of their time together.

And when it comes to initiating sex, Union revealed that she asks to get it in more often than Wade.

Union, who was on the show to promote her new book, was also asked to give up details about LeBron James’ Halloween party, where she and Wade went as Milli Vanilli. She told Cohen that saw Khloe Kardashian, who was with her boyfriend and soon-to-be baby daddy Tristan Thompson, another teammate of King James and D-Wade.

Here, Union talks about the season finale of “Being Mary Jane,” which will end in 2018 with a two-hour movie. She seemed grateful and genuinely appreciative that BET did not cancel the show right away — and will allow the show to finish the way it started, in movie form.