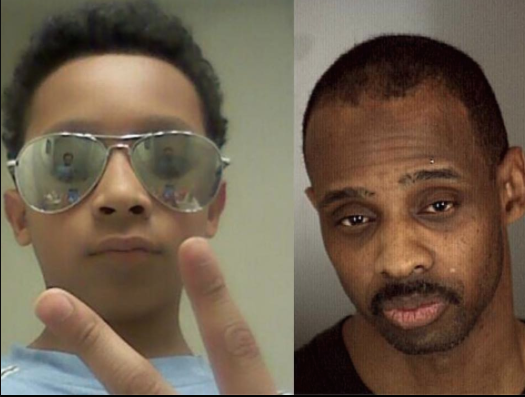 A father is being accused of killing his son because he was gay. According to KSNV 3, the incident occurred on Nov. 2 in Henderson, Nevada.

Wendell Melton, 53, visited his son Giovanni, 14, in an apartment where he stayed by himself. At some point, the two allegedly got into an argument over the teen’s sexuality and Melton shot Giovanni. Some reports claim that it wasn’t the first time the father pulled a gun on the boy. Reportedly, he threatened Giovanni after catching him with his boyfriend.

Giovanni endured abuse throughout his childhood and often lived in group homes. Melton was an employee at United Airlines and a former pilot.

The incident sheds light on the importance of protecting kids from abusive situations. Melton should not have been allowed to be near his son without supervision after the initial threat. After pulling a gun on the boy the first time, he should have been arrested. It’s important for family members and friends to report abuse and be proactive.

In October, Gabriel Fernandez, 9, died after enduring severe abuse by his mother’s boyfriend, Isauro Aguirre. Aguirre assumed the young boy was gay and would often dress the boy in girl’s clothing and send him to school. He also abused him with help from the boy’s mother, Pearl Hernandez. Prosecutors say Aguirre and Pearl beat, bit, whipped the child with a belt, shot him with a B.B. gun, fed him cat litter, burned him with cigarettes, starved him and tied him to a chair.

Aguirre and Pearl only called paramedics after Gabriel fell unconscious. The couple began to plot ways to conceal the abuse. Phone records revealed that Aguirre and Pearl sent texts to each other with plans of deceiving police. However, Gabriel died two days after he was admitted to the hospital and doctors discovered that the boy endured severe abuse. Police believe that Aguirre and Pearl were to blame. Both have been charged in connection with his murder.

Giovanni Melton was a student at Coronado High School.

Wendell Melton will likely be charged with a hate crime.