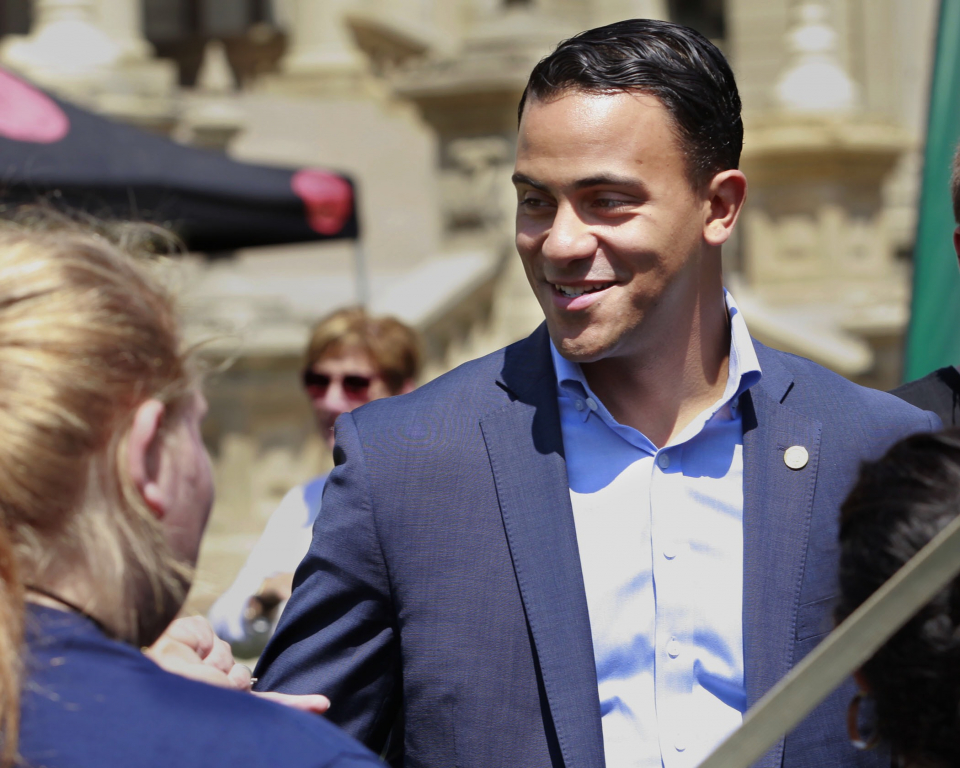 Ian Conyers, who just so happens to be the great nephew of U.S. Representative John Conyers Jr., made history as the youngest elected state senator in Michigan. Elected at 27 years old, the Democrat represents the 4th District of Michigan. Currently, he serves 265K Detroit residents and is continuing to make history by introducing amendments to bills such as bill SB525 that saves one of two judge seats in the 36th District court.

Rolling out spoke with Conyers to get his perspective on the municipal elections in Detroit as well as to hear what he had to say about the importance of voting in a non-presidential election year. Conyers also shared with us some sage advice that his great-uncle bestowed upon him before running for office. Check out the interview below and let us know what you think.

The election is Tuesday, Nov. 7. What should people know about the municipal elections in Detroit?

Citizens in Detroit have to realize that the city elections affect our everyday lives in the city. We should select candidates who are accessible every day to find solutions to our problems and issues in real time, as our city comes back to full strength.

Why is it very important to vote during this non-presidential election year?

Too often we wait for the big election years to come out to the polls. We must realize that pivotal decisions are made by state and local elections and in order to get the most qualified [candidates], we have to show up at both the primary and general elections to provide results for our communities. Every election matters.

You’re currently Michigan’s youngest state senator in history and were elected at 27 years old. What made you want to serve at such a young age?

Having worked on campaigns like President Obama’s in 2012, I was used to helping others get elected. But this time it was personal. The Detroit water shutoffs and later the Flint water crisis made me realize that many of the terrible disasters in our state were, in fact, man-made errors that could have been prevented with better leadership. I believe that each of us has experiences that give perspective and if I wanted to make a difference, I would need to step into the arena myself. 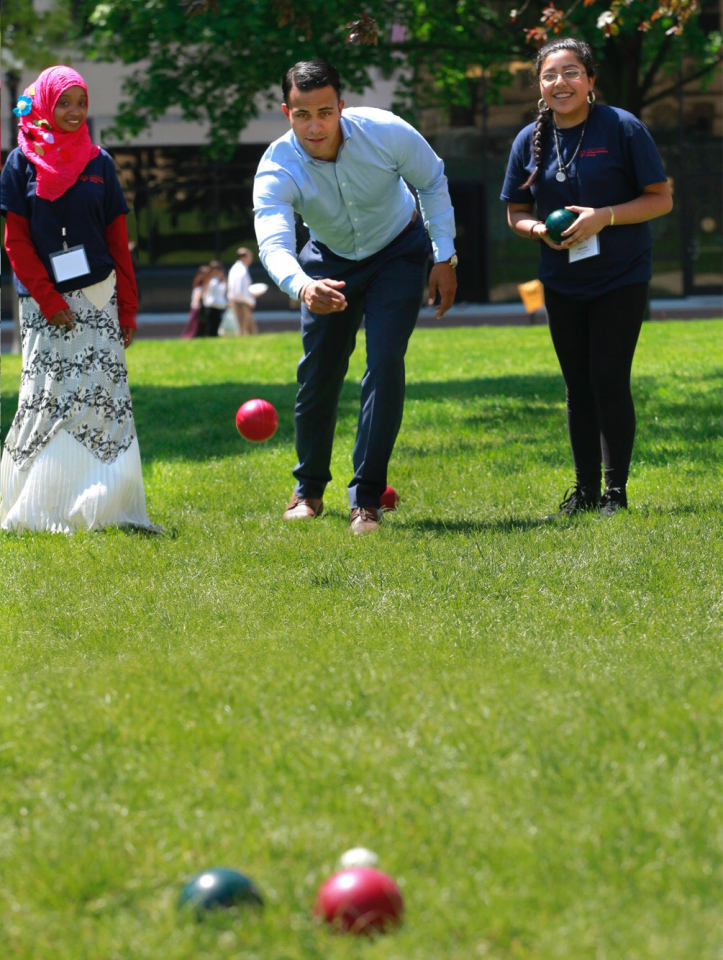 The honorable John Conyers Jr. is your great uncle, and he’s also a member of Kappa Alpha Psi just like yourself. What advice did he give you before running for office?

The Dean is an everyday example of giving of yourself, as a man or woman, to others. His leadership and legislation have been the inspiration to continue to stand up for the underserved, even when it’s unpopular. Before running for office, he told me to make sure to listen to the people and never forget where we came from. [That statement] was in reference to his father John Conyers Sr., who arrived in Detroit in 1920 from rural Georgia, with a third-grade education, and [proved] that with hard work he was able to provide his family [with] the American dream.

You’ve introduced a number of bills, including a bill for veteran housing, a bill for urban agriculture and a bill for public safety. How will those bills help your hundreds of thousands of constituents?

These bills will help to create policies that address our issues with measurable results. We are in the habit of writing great policy and not concerning [ourselves] with the fact that the legislature is a super majority Republican. We must push for our goals to make Michigan and the fourth Senate district a great place to thrive. This means the pursuit of an agenda to build jobs and protect neighborhoods across Detroit, Lincoln Park, Allen Park and Southgate, Michigan.

Re-election for your office will not occur again until November of next year. What do you plan to have accomplished by then?

We plan to have a 21st-century community, officer and campus safety bill passed and on the governor’s desk. On the political side, we are seeking to end ageism and remove barriers for more people to get involved in the election process by removing age barriers from running for office — our bill says if you are 18 and registered, you can seek the highest office our state has to offer.

Where can people find more information about you?

We encourage everyone to engage with us on social media @ianconyers. Facebook and Instagram have been wonderful for [sharing with] our community, identifying issues and joining other movements. Also, visit http://senatedems.com/conyers/. 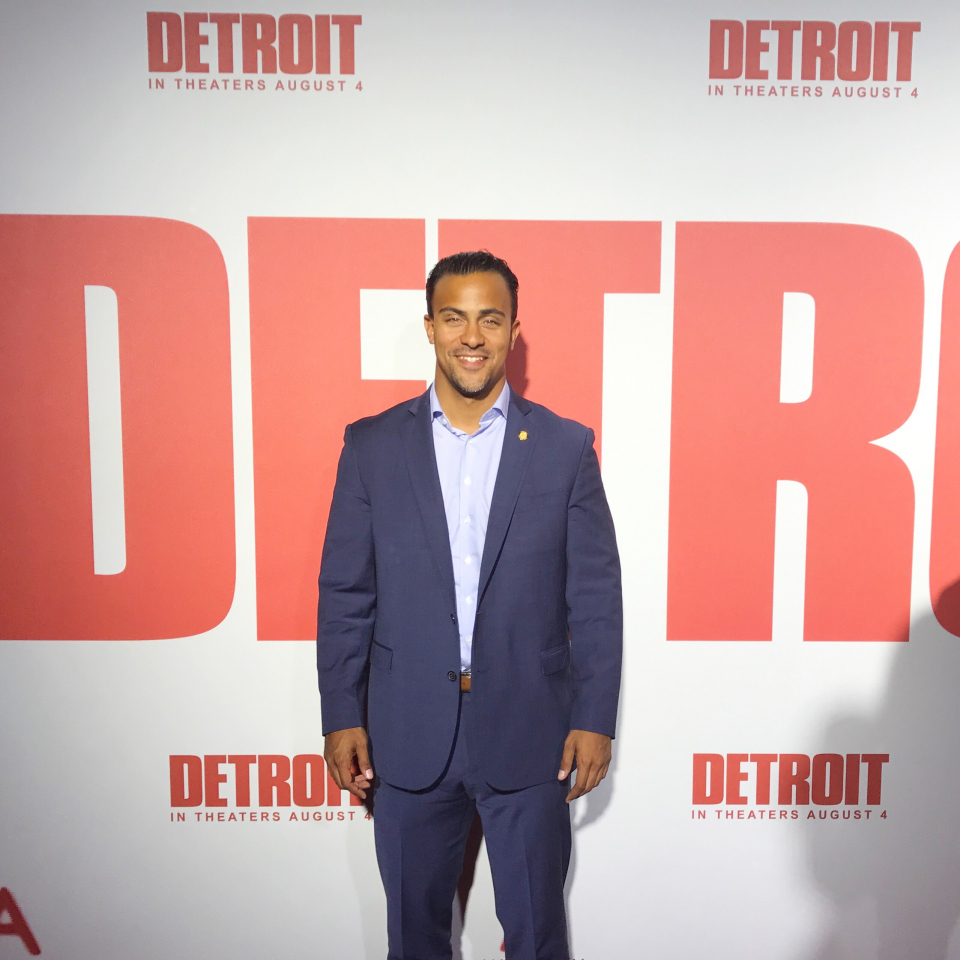