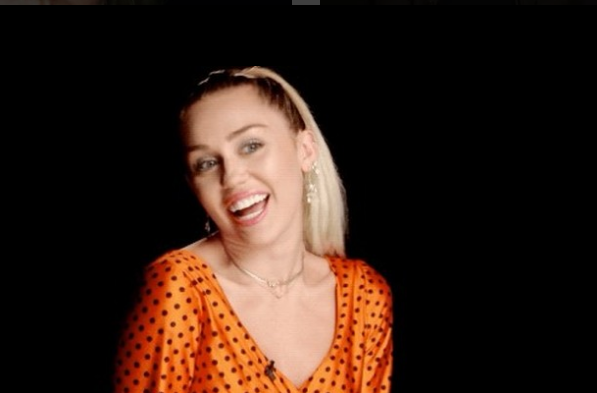 Miley Cyrus was on point when she stuck her neck out and called the mass murderers in Las Vegas and Sutherland Springs, Texas, “White male terrorists.” And she even sliced off a piece of Donald Trump’s flamboyant wig when the 45th commander in chief continued to regurgitate the same old tired explanation – mental illness – for the senseless bloodbaths and incomprehensible loss of human lives.

“I’d like to believe that EVERY person who takes the life of another being is ‘mentally ill,’” the “Wrecking Ball” singer said on Instagram, quoting the president’s words. “It’s hard to conceptualize that a sane human could commit such a hideous crime. BUT I am sorry Donald Trump this absolutely is a ‘GUNS SITUATION.’ ”

As well as she articulated herself against her critics and tore into the president’s hide, we can take Cyrus statement to the next level.
When it comes to domestic terrorism in America, the numbers are like what Jay-Z said: they never lie. Far-right (White) extremists are behind far more plots and attacks than Islamist extremists.

There were almost twice as many terrorist incidents by right-wing extremists as by Islamist extremists in the U.S. from 2008 to 2016, according to a new report from The Nation Institute’s Investigative Fund and The Center for Investigative Reporting.

While the database makes a point of distinguishing between different groups within right-wing extremism, lead reporter David Neiwert told HuffPost that “those are all gradations of White supremacy, variations on the same thing.”

Meanwhile, the president has focused his rhetoric and policies almost entirely on countering Islamist extremism, and not white supremacist extremism.

“As with a lot of things related to Trump and the Islamophobic right, the reality is viewed through an upside-down looking glass,” Neiwert said.“The reality is the most significant domestic terror threat we have is right-wing extremism.”

Continuing on with the report, The Investigative Fund’s found:

The media has a long history of double standards when it comes to covering terrorism ― starting with how slow the mainstream media is to label attacks by White perpetrators as “terrorism,” and quick to label them as such when attackers are perceived as nonwhite or “other” ― and specifically, Muslim.