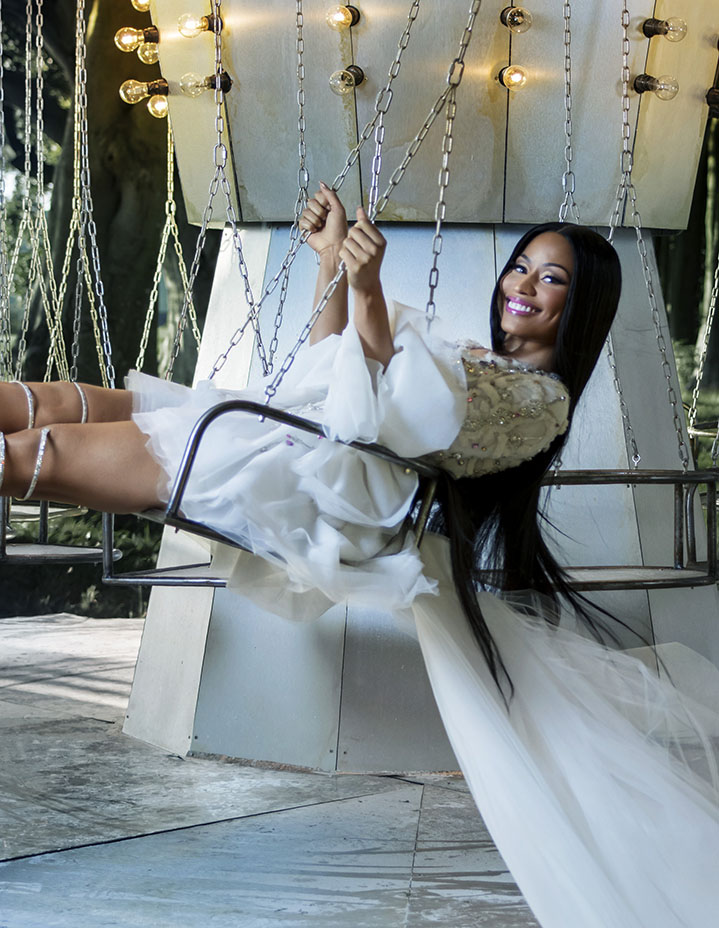 Many from the Pink Barbie brigade have wondered aloud why we have not seen Nicki Minaj — a seeming natural for the big and small screen — in more film roles before now.

Well, Minaj’s fans’ thirsts are being quenched in the new H&M Holiday 2017 film and just in time for Christmas. The movie is a part of the retailer’s anticipated holiday campaign that Minaj and “Grey’s Anatomy” actor Jesse Williams have starring roles in.

The plotline focuses on a little girl tracking down the evil brother of Santa Claus in order to save the holidays. Minaj, who teased her campaign with H&M last month, doubles as both the mom of the girl and a fairy named Wisest Thingy.

Minaj is good at playing a fairy, as she did so quite adroitly in her video “Moment 4 Life.”

Williams plays the father and the supernatural Fastest Fairy, while John Turturro stars as both Santa Claus and his evil brother.

“I love the film’s overall empowering message. I love seeing this young girl become the champion that lives in all of us,” said Minaj, according to HM.com. “There’s always magic in the air during the holidays.”

Helmed by Swedish director Johan Renck, the short film will go live on HM.com on Nov. 28.

Clothing featured in the film became available in stores and online on Nov. 9.

“It’s exciting to see our festive designs come to life together with such inspirational talents,” said Pernilla Wohlfahrt, H&M’s head of design and creative director, on HM.com. “They definitely added some extra magic to the film and we hope that our customers will love how the fashion is presented throughout the holiday season at H&M.”

Check out the trailer below: