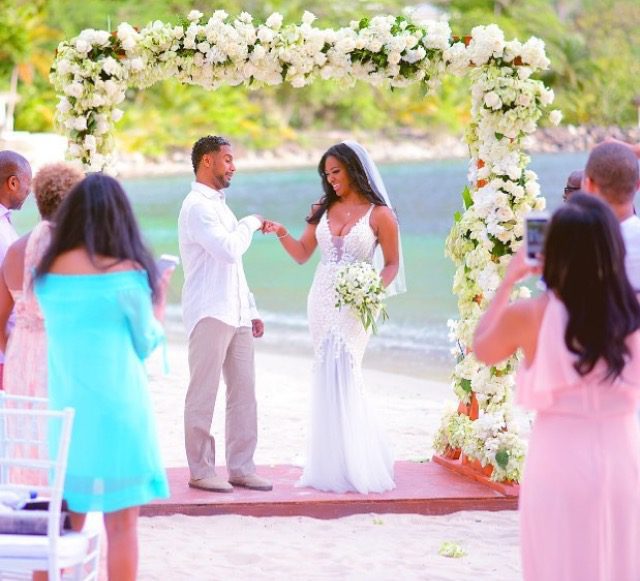 “Real Housewives of Atlanta” star Kenya Moore will reportedly lose her coveted spot on the RHOA roster if her husband doesn’t make an appearance in the series, the media has learned.

“Marc [Daly] will not appear on The Real Housewives of Atlanta season 10,” an insider divulged to RadarOnline. “He refused to sign the appearance release and he even declined the producers’ attempt to lure him in for a few scenes with compensation.”

“They will mention Marc often throughout the show this season,” the insider noted, adding that Moore, 46, “is very unlikely to be invited back” for season 11.

“Kenya is the first ‘Real Housewife’ in the history of the format to hide their spouse from the show,” the insider added. “Even though Bravo execs were left in the dark about her nuptials, they made multiple efforts to accommodate Kenya throughout taping in the hopes that she would introduce her husband on-camera when she felt comfortable.”

“Her lack of cooperation and choice to keep her husband away from the show hurts her because she does not have anything compelling going on in her life this season,” the insider said. “This season will illuminate Kenya’s lack of transparency on her new relationship puts a strain on her dynamic with the group as they question the legitimacy of her union.”

“Due to Kenya’s unwillingness to showcase the progression of her relationship this season, RHOA stars Kim Zolciak Biermann and newcomer Eva Marcille (formerly Eva Pigford of ‘America’s Next Top Model’ fame) will fill the void and gain some coveted screen time,” the insider concluded.