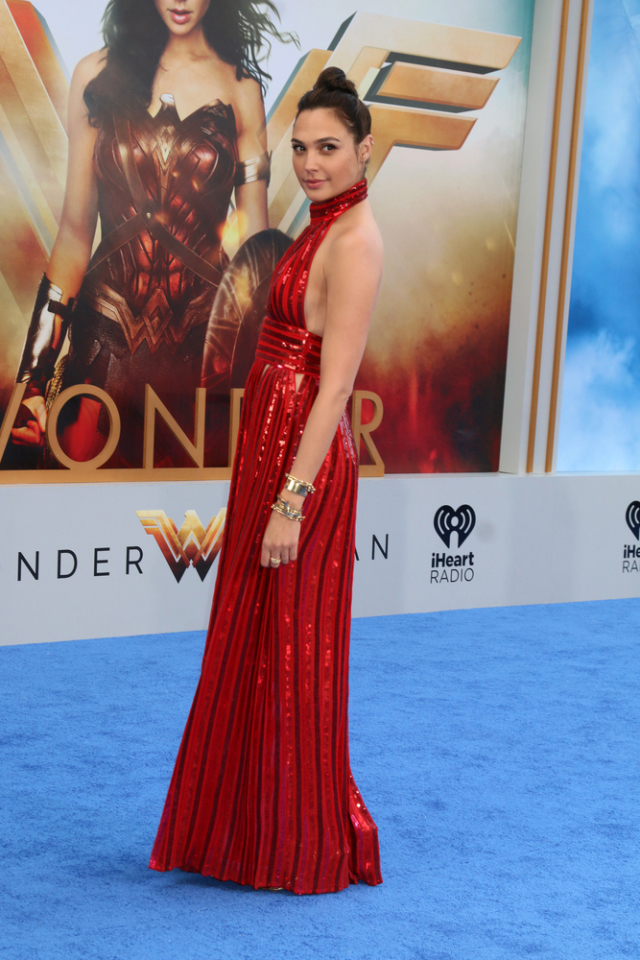 LOS ANGELES – MAY 25: Gal Gadot at the “Wonder Woman” Los Angeles Premiere at the Pantages Theater on May 25, 2017 in Los Angeles, CA (Photo Credit: Kathy Hutchins)

Brett Ratner’s production company, RatPac-Dune Entertainment, helped produce Wonder Woman as part of its co-financing deal with Warner Bros. That mere fact has actress Gal Gadot, who played the leading role, running for the hills amid endless sexual harrassment and assault claims, some aimed at Ratner, that have become a nightmare for Hollywood.

The film has grossed more than $412M.

A Warner Bros. insider explained, “Brett made a lot of money from the success of ‘Wonder Woman,’ thanks to his company having helped finance the first movie. Now Gadot is saying she won’t sign for the sequel unless Warner Bros. buys Brett out [of his financing deal] and gets rid of him.”

According to Page Six, Gadot last month backed out of a dinner honoring Ratner, where she was due to present him with an award.

Gadot is reportedly “tough”, “stands by her principles,” and believes you can’t have a movie rooted in women’s empowerment being part-financed by a man like Ratner.

Warner Bros. cut ties with Ratner when claims of misconduct were leveled against him by actresses Olivia Munn and Natasha Henstridge. Ratner has vehemently denied the allegations through his attorney, Marty Singer.