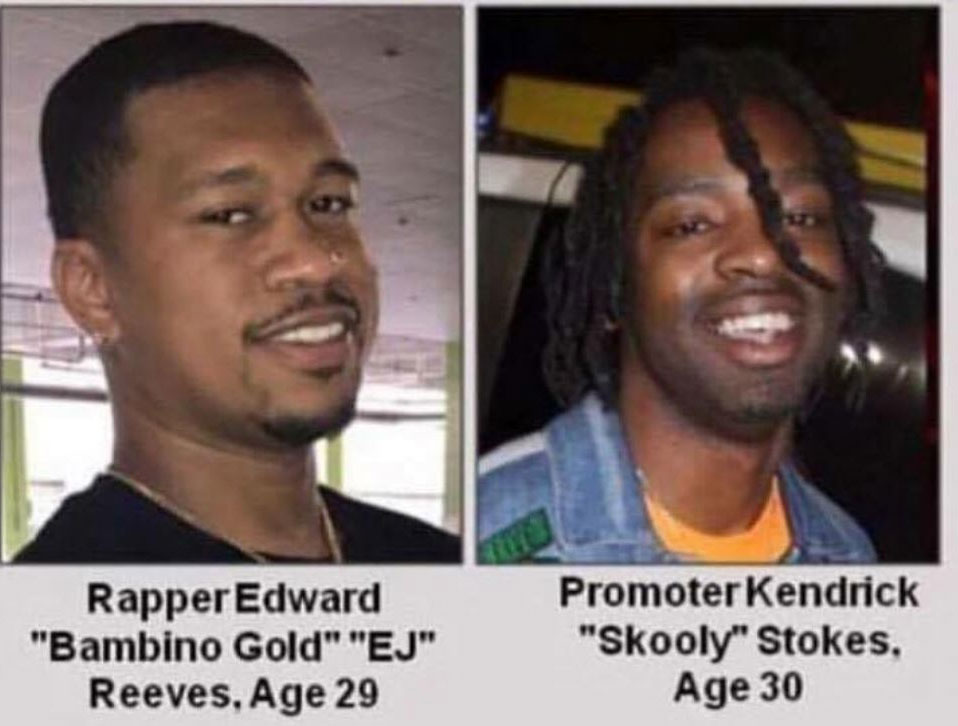 Police in Montgomery, Alabama are asking for the public’s help in locating Edward Reeves, 29, aka Bambino Gold, and his friend, Kendrick Stokes, 30. The pair were reported missing after attending the Alabama National Fair last week and were seen driving a 2016 Honda CRV.

Friends and family stated that they saw Reeves and Stokes at the fair and after a few hours the two left. According to witness statements, Reeves said he had to make one stop at a friend’s house before heading back to Atlanta. Friends stated that he never returned and calls to his phone went directly to voicemail.

Aieda Harris, Reeves’ mother, told WSFA News, “They visited folk and they went out to the fair, you know a lot of people saw them at the fair plus they had posted it [on social media]. After they left the fair they were supposed to go and visit somebody else, so after they went to visit that other person, nobody’s seen or heard anything from them.”

Harris broke down in tears and stated that she is hurting and enraged over her son’s disappearance. Reeves and Stokes are not just lifelong friends but also cousins. The pair have worked together for several years in Atlanta and Bambino Gold has been on more than 150 mixtapes since 2011 and has featured with artists such Sy Ari Da Kid, Boosie Badazz, Ray Vicks, Eldorado Red, and Doe B. Alley Boy.

Anyone with information on the location of either man should call the police or CrimeStoppers at 215-STOP.