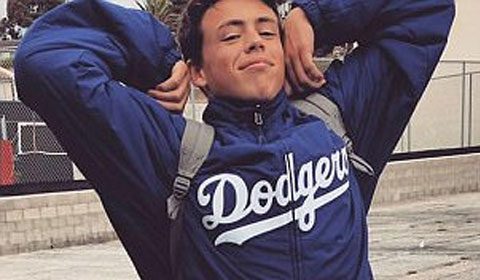 A high school student who posted a $5M bail after he was implicated in a gang murder has been allowed to return to school in Los Angeles. Police say Cameron Terrell, 18, and two other teens are responsible for the murder of Justin Holmes, 21, last October.

Holmes was walking down the street when two armed teens opened fire on the man in broad daylight. Terrell was allegedly driving the car that the teens were riding in. The trio was later arrested and all were charged with gang-related murder. Terrell, who is White and from a wealthy family, is allegedly a member of a predominantly Black gang and goes by the name “White Boy,” according to the LAPD. Terrell is being charged as an adult for his role in the crime.

Despite being charged with murder, Terrell was allowed to continue his classes at Palos Verdes High School to the shock of parents and students. The Palos Verdes Peninsula Unified School District confirmed that Terrell was in classes last week but was not in school on Monday of this week. A group of parents was at the school to tell officials that they were unhappy that Terrell was allowed to return to the campus and officials apparently have had a change of heart. It is now being reported that Terrell will be attending an offsite study program to continue his education.

The case has received national attention because of the belief that Terrell is benefitting from White privilege and being treated differently than a Black gang member would be in similar circumstances. It is being reported by media outlet KTLA News that Terrell’s family lives in a 3,871-square-foot home with an assessed value of $1.8M.