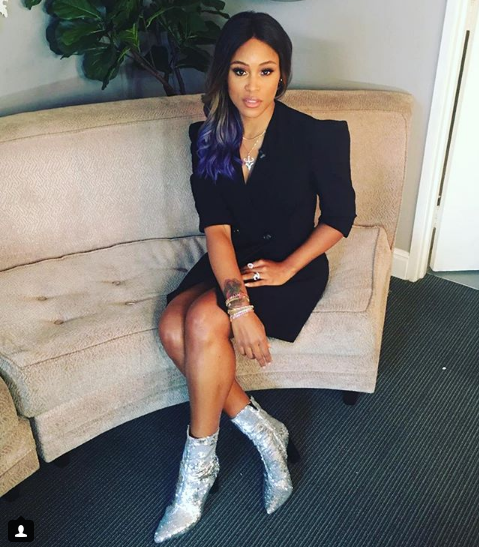 Members of Generation X and Y remember rap princess Eve as one of the pioneering female emcees of the 1990s whose attitude and lyrical skills came at you like a coiled cobra. New Millennials recall Eve as the sassy, around-the-way, trash-talking tress trimmer who starred opposite Ice Cube and Michael Ealy in the hit comedy Barbershop.

Now Eve Jihan Jeffers-Cooper, 39, is bringing her Philadelphia-bred sensibilities and industry experience to a third medium from which to entertain, educate and showcase her persona on a national platform: as a talk show host.

Eve has officially been announced as the newest co-host for “The Talk” and the replacement for Aisha Tyler.

The award-winning rapper, who won the inaugural Grammy award for best rap collaboration for the song “Let Me Blow Ya Mind” with Gwen Stefani in 2002, will take over the vacant chair on Tuesday, joining the panel that already features Julie Chen, Sara Gilbert, Sharon Osbourne and Sheryl Underwood.

“The Talk” auditioned a set of female personalities as CBS searched for a full-time replacement for Tyler, who exited last season following a six-year run. Eve had her turn at the table during the week of Oct. 30. 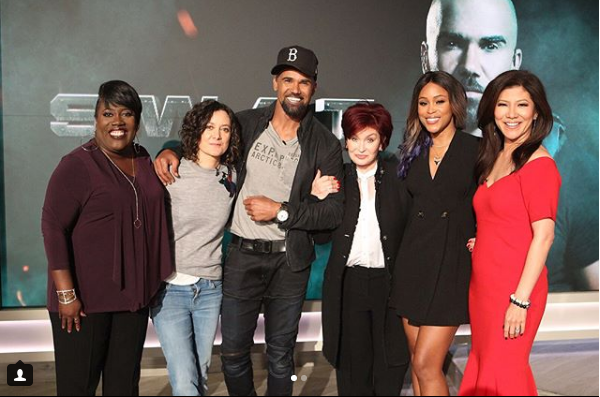 “It is a new career move for me,” Eve tells Variety. “I am interested in hosting, and specifically on this show, because I feel as though I can express myself in a way people haven’t seen me before, and be able to engage in great discussions [and] have some fun. I’m just in a place in my life where I was looking for a platform to express myself.”

Despite the time she will have to sacrifice for the show, Eve says she’ll continue to squeeze in acting and music around her new gig.

“I will definitely make time for acting, if there is time. I’m always interested in unique and fun parts,” Eve reveals. “And music, yes, I’ve already started recording. I started recording a few months ago. And the plan was, before this opportunity came up, was to put out some music, which I still plan to do soon.

“We are thrilled to welcome Eve to the table as she brings a fun and fresh perspective to our already diverse panel,” said Angelica McDaniel, exec vice president of daytime programs at CBS Entertainment. “The great success of ‘The Talk’ is due to the undeniable chemistry and bond of friendship between the hosts. Eve is an accomplished and dynamic performer, musician, wife and step mother who fits in seamlessly, while also adding a new layer to the show as we continue to evolve season to season.”


Posted in TV and tagged barbershop, Eve, the talk