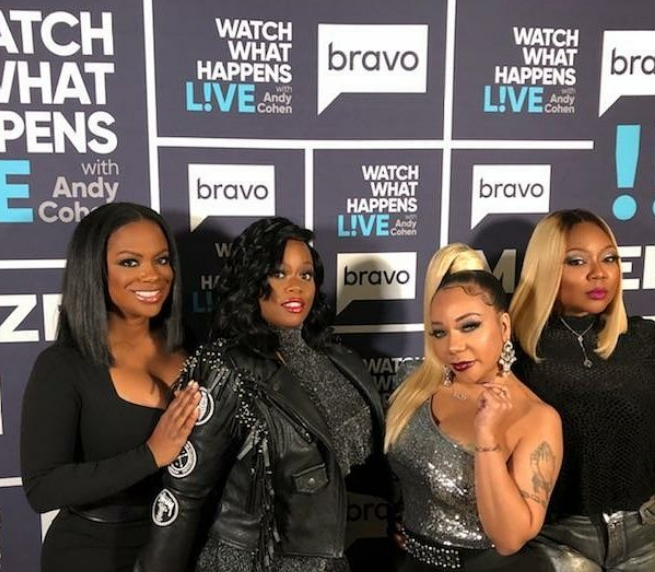 Xscape felt compelled to address the fans directly after the four women went back and watched their painfully awkward interview with “Watch What Happens Live” host Andy Cohen. They want to repel any rumors of impending Xscape doom — again. However, the tension caused by unresolved issues and simmering resentments was so thick that one fan said you could “cut it with an ax.”

Scott tried to reassure fans not to read too much into Kandi Burruss‘ body language and quick dismissal of working on new music with the other three members.

Scott is guaranteeing things are good with the beloved ’90s girl group — sort of.

Underneath the above photo that was posted to Instagram, Scott typed up this caption as an explanation. Well, sort of.

“Me and the girls visited Watch What Happens Live, with @bravoandy this past Sunday and we got a lot of slack from the interview. We, Xscape, as a group are definitely working hard to give our fans an ultimate night to Remember performance for our Great Xscape Tour, with all Four original members @[email protected] @iamlatocha @therealtamikascott! As dysfunctional as we look behind the scenes, we are working as mature women to rebuild our friendship/ and working relationships. Yes, things take time and we are making sure to give it just that. Nothing happens over night. To our real fans that believes in us Thank You! To the judgemental few of you, keep your pointless penny thoughts to yourselves. Just Know that God Brought this back together and he is in CONTROL. We will not disappoint you!! Thank you!!! God Bless!!!#xscape #thegreatxscapetour #legends

In addition to Scott, Burruss also denied rumors that Xscape’s breaking up again.

When a fan told Kandi they were fearful she’d drop out of the Xscape tour, Kandi assured them that she’d show up.

don’t worry my luv! I promise you I will be there the whole tour!

Burruss also announced that she hosting a Bedroom Kandi VIP Experience during the Xscape tour, all but assuring that she’s in this thing for the long haul.