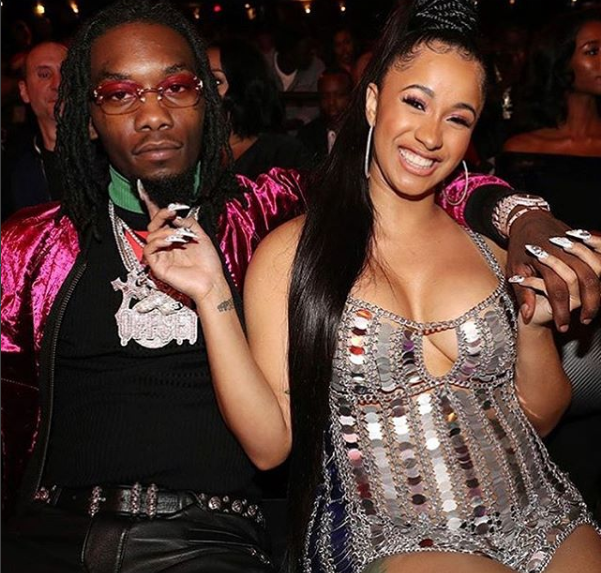 After a recent day in court, Cardi B’s beloved fiancé, rapper Offset, is finally owning up to the fact that he is the father of a 7-year-old child with a woman named Justine Watson.
According toThe Blast, the rapper paid up to the lady several times over the years, but inconsistently, for his progeny. Then, back in August, Watson went to the courts to get him to finally step up for his child.

Watson now wants retroactive child support, which is already a grip. But she also wants Offset, whose net worth is around $9M, to pony up the $15K in attorney’s fees. The rapper, who admits he has two other kids with different women, says he wants joint legal and physical custody of his newly claimed son and wants the child’s last name legally changed to his own. He also doesn’t want to pay the attorney’s fees.

Reportedly, Offset responded to the case in October, admitting that he is the baby daddy, but claims he has provided for the child since birth. He says an official order by the court is a good idea but does not want to pay the $15K.

The Blast also says that days after their court date, Offset proposed to Cardi B, whom he dropped an eight-carat ring on. But he doesn’t want to pay that woman $15K for having to lawyer up on him? Sounds like there’s a tense history between them. Offset and Cardi B are like kindred spirits, in a way, in that they both are rising stars with growing influence in the hip-hop arena.