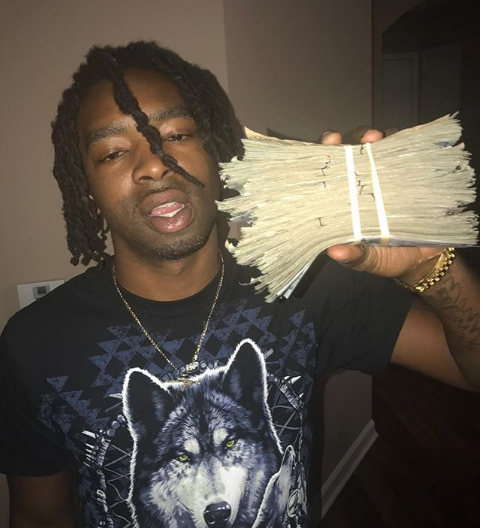 After going missing for two weeks, the bodies of an Atlanta-based rapper and his promoter cousin were found in rural Alabama over the weekend, the media has reported.

Authorities found a body identified as Edward Reeves, 29, better known as rapper Bambino Gold, in a wooded area in Macon County, Alabama on Friday, Macon County Sheriff Andre Brunson told AL.com. A second body, believed to be Kendrick Stokes, 30, was found about three or four miles away from the first body on Saturday, Brunson said. Both men were born and bred in Alabama but were living in Atlanta and traveled back and forth.

Macon County encompasses the city of Tuskegee and is about 35 minutes east of the state capital of Montgomery.

Authorities suspect homicide, and they do not believe the two men died where they were found.

The first body was noticed by a passerby on Friday, Nov. 17, while the second was discovered during a subsequent search of the area by police Saturday, Nov. 18.

“They were not far off of the road at all,” Macon County Sheriff Andre Brunson told AL.com “It looks like somebody placed them there. I don’t think they were killed there.”

Their bodies have been taken to the Alabama Department of Forensic Science for identification confirmation. The Macon County Sheriff’s Office, the Montgomery Police Department and Alabama’s State Bureau of Investigation are working together to bring the killer or killers to justice.

Reeves and Stokes, known as Skooly Kee Da Tooly, were last seen on Nov. 5 driving a 2016 Honda CRV with a Georgia license plate, WAGA-TV reported. The cousins had left the Sky Bar in their hometown of Montgomery. They were reportedly going to head to Atlanta but made a stop at a friend’s house around 11 p.m. They reportedly left the home and were due to return to the friend’s house before traveling to Georgia but never made it back and didn’t answer phone calls from the friend and family members.

They were reported missing two days later. The men were cousins by marriage and longtime friends.

The sheriff’s office did not state how the men were murdered nor did they give an approximate time of death.