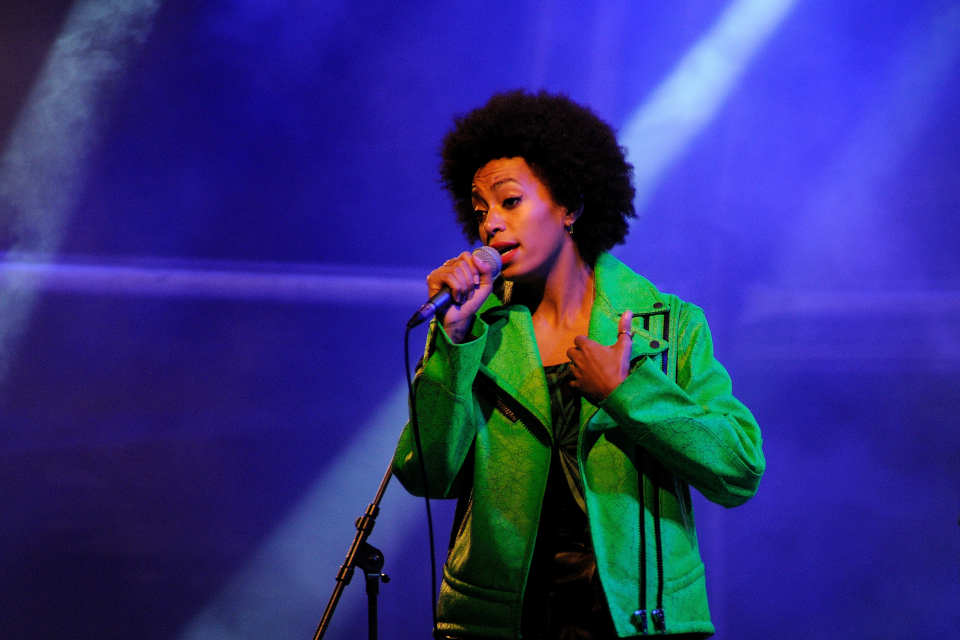 BARCELONA – MAY 24: Solange Knowles performs at Heineken Primavera Sound 2013 Festival on May 24, 2013 in Barcelona, Spain. She is the little sister of the star Beyonce Knowles. (Photo Credit: Christian Bertrand)

Billboard, the world’s largest voice in music, today announces their host and additional honoree for the 2017 Women in Music event. Grammy Award winning singer and songwriter, Ciara, will host the annual Women in Music dinner and awards ceremony on November 30, at the Ray Dolby Ballroom in Los Angeles. In partnership with American Express, Billboard will also honor Grammy Award winner Solange as their Impact Award honoree. The notable Women in Music event, held in conjunction with the release of Billboard’s Women in Music issue, will honor the most powerful female artists and executives in the industry and also feature presenters Taraji P. Henson and Diplo among others.

“The Billboard Women in Music event was created to spotlight female trailblazers in the music industry,” said Dana Miller, Chief Marketing Officer, The Hollywood Reporter – Billboard Media Group. “Whether entertaining sold-out crowds or signing the next big artist, the women we celebrate are powerful leaders and pioneers, creating inspirational legacies and opening doors.”

This year’s host, Ciara, received Women in Music, “Woman of the Year” award in October of 2008, has sold over 23 million records and 16 million singles worldwide as well as earning over 1.3 billion total on-demand streams (audio and video combined) in the U.S. throughout her long-standing music career, according to Nielsen Music.

On the Hot R&B/Hip-Hop Songs chart, she currently holds three No. 1 hits: “Goodies,” “Like You,” and “Promise” as well as two No. 1 albums, Ciara: The Evolution and Goodies. Ciara announced early this year that she is currently working on her seventh studio album.

Grammy Award winner Solange, who will receive the American Express Impact Award, has empowered listeners to make their own impact in the world. From her critically acclaimed album, A Seat at the Table, to performing for President Obama at the White House to giving a keynote speech at Yale University, Solange has invoked themes of identity, empowerment, grief and healing that have resonated with millions of voices that routinely feel silenced or overlooked. Furthermore, her performance art shows at the Guggenheim Museum, the Chinati Foundation in Marfa, Texas, as well as her art installation at London’s Tate Modern museum have all led to a defining year of visual art and activism.

On September 30, 2016, A Seat at The Table debuted at No. 1 on the Billboard Top 200 Chart, Apple Music, and iTunes Overall Top Albums Charts. The record’s success led to her Orion’s Rise performance series that included 2 sold out shows at Radio City Music Hall as well as shows at Hollywood Bowl, the Kennedy Center, the Greek Theatre, and Orpheum Theater. A portion of the proceeds from one of her Radio City Music Hall performances and all of the proceeds from her Orpheum Theater performance were donated to hurricane relief efforts.

The American Express Impact Award recognizes a musician who noticeably uses her voice to empower and develop new leaders of tomorrow through their on-air persona, platform, and philanthropic efforts to inspire social change across the masses. Solange often expresses lyrics of truth, struggles and strength, empowering listeners to make their own impact on the world.