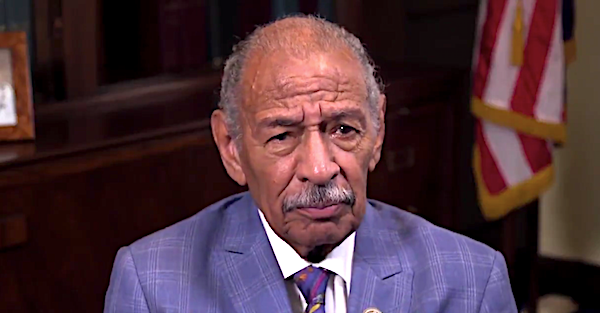 The woman who filed a sexual harassment complaint against Rep. John Conyers, D-Michigan, and who Conyers allegedly paid tens of thousands of dollars to keep quiet, came forward on Nov. 30, 2017, to say the powerful politician “violated my body” and wanted her to “satisfy him sexually.”

Former staffer Marion Brown completed a decades-long term as the chief of staff for Conyers. And she sat down with Savannah Guthrie on NBC’s “Today” to reveal her identity and, going against the confidentiality agreement she signed, opened up about her experience working in the legendary congressman’s office.

She claimed Conyers regularly touched her inappropriately and “propositioned me for sex” under the guise of business meetings over the 11 years she worked for him.

“Some of the things that he did ― it was sexual harassment, violating my body … propositioning me for sex,” Marion Brown, who worked as Conyers’ from 2003 to 2014. “He has touched me in different ways and it was very uncomfortable and very unprofessional.

“He asked me to satisfy him sexually. He pointed to genital areas of his body and asked me to touch it.”

Brown’s 2014 complaint against Conyers, and the alleged settlement she reached with Conyers in 2015 was a story first broken by Buzzfeed News last week.

The report included Brown’s accusation that Conyers eventually fired her after she refused to acquiesce to his sexual demands. Since then, at least two other female staffers have filed similar complaints of sexual harassment against Conyers. However, Conyers did receive the support of a dozen female former staffers in a signed letter, testifying the congressman never exhibited such behavior in front of them and treated them with respect.

Conyers vehemently denies Brown’s allegations, but he has yet to reveal why he allegedly paid her $27K in hush money if he is innocent.

High-powered celebrity attorney Lisa Bloom is representing Brown. Her office issued a statement Sunday demanding that Conyers and the congressional Office of Compliance release Brown from the non-disclosure agreement.

Brown said Thursday that she decided to break the agreement and speak out on behalf of other women who have experienced the same fate as her.

“I felt it was worth the risk to stand up for all the women in the workforce [who] are voiceless ― ordinary women like myself with extraordinary challenges, working in the workforce, [who] are dominated by men,” she said.

Conyers, 88, said repeatedly that he will not resign. However, he did voluntarily step down as ranking member of the House Judiciary Committee while the House Ethics Committee investigates the allegations.

Brown told “Today”  it is not her call on whether Conyers should resign. “I’m going to leave that up to the ethics committee and his colleagues,” she said. “All I want from the congressman is for him to acknowledge what he did and apologize to me for calling me a liar.”