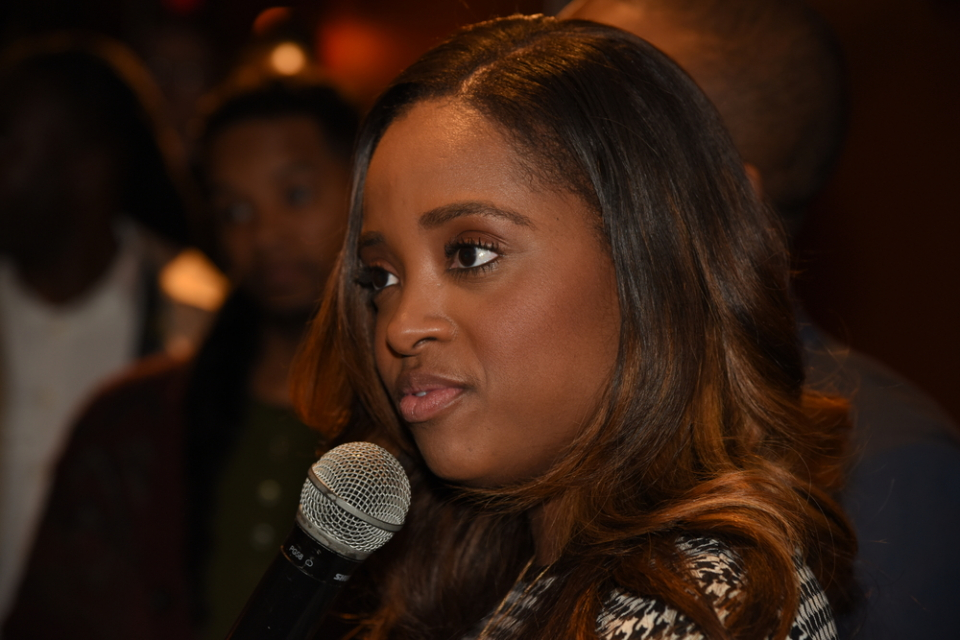 A broad coalition of national racial and social justice organizations, led by the Lawyers’ Committee for Civil Rights Under Law, on Friday sent a letter to National Football League Commissioner Roger Goodell requesting a meeting to address how the League can meaningfully respond to the police shooting crisis and other racial disparities infecting the criminal justice system.

The request for a meeting comes days after President Trump has continued to attack NFL players who have peacefully chosen to Take a Knee to sustain public awareness around the police shooting crisis, and days after the NFL has announced plans to support social justice organizations, in partnership with NFL players. The organizations seek to ensure that the League outlines a plan that includes comprehensive and robust action that meaningfully responds to the nation’s police shooting crisis. Hundreds of NFL players this year have taken to the field to protest and raise awareness around the need for policing reform.

National organizations that have partnered in this effort, in support of the players’ efforts, include the Lawyers’ Committee for Civil Rights Under Law, the NAACP, Campaign Zero, National Urban League, National Action Network, Advancement Project, Gathering for Justice, and the Women’s March.

The letter can be read below:

On behalf of the several racial justice organizations listed below, we write to request a formal meeting to discuss the role that the National Football League (NFL) should play to meaningfully respond to the police shooting crisis gripping the country. As you well know, this crisis has been the subject of a long-standing protest supported by a critical mass of NFL players.  We firmly support the leadership of these players whose courageous efforts have helped ensure that these issues remain front and center in the national dialogue. As individuals and organizations with a long history and track record of working to advance the cause of civil rights and working to end structural racism, we believe that this is a critical moment for the NFL to take action to respond to issues that lie at the heart of the players’ protest and that truly are tearing at the fabric of our nation.

This season, players on almost every NFL roster have participated in demonstrations during the national anthem to raise awareness around police brutality and systemic racism faced by African-Americans in the criminal justice system. Inspired, in large part, by Colin Kaepernick during the 2016 NFL season, the demonstrations have been continued by players like Malcolm Jenkins of the Philadelphia Eagles and Russell Okung of the Los Angeles Rams. Others, like Philadelphia’s Chris Long, have consistently supported the advocacy of their teammates, even though they have not participated in the protests themselves. We stand in solidarity with these players and recognize the courage it takes to use an athletic platform to call for justice.

We recognize the preliminary steps that the NFL has taken on criminal justice matters including your recent endorsement of the Sentencing Reform and Corrections Act of 2017; a bill that aims to reduce mandatory minimum sentences, one of the primary drivers of mass incarceration.[1] The bill also aims to eliminate “three-strike” provisions and give judges the discretion to reduce sentences for low-level crimes. While this is an important piece of proposed legislation, this bill neither addresses the police shooting crisis nor gets to the heart of the racial inequalities that infect our criminal justice system at virtually every stage. We also understand that the NFL has more recently announced plans to engage social justice organizations.

We would like to meet to discuss a set of comprehensive actions the NFL can take to address the issues that lie at the heart of the players’ longstanding protests. As a coalition of individuals and organizations that are committed to ending systemic racism, we deem this to be a critical moment for the NFL to meaningfully contribute to the effort to secure equality for all. Because of this opportunity, we write to request a formal meeting to discuss:

We know that the NFL has the capacity to address social justice issues in a meaningful way as demonstrated by its work on issues concerning veterans and breast cancer awareness. We look forward to scheduling a meeting with the NFL to discuss actions that can and must be taken now to address the police shooting crisis which lies front and center for many of the League’s players, for our organizations and for the nation.