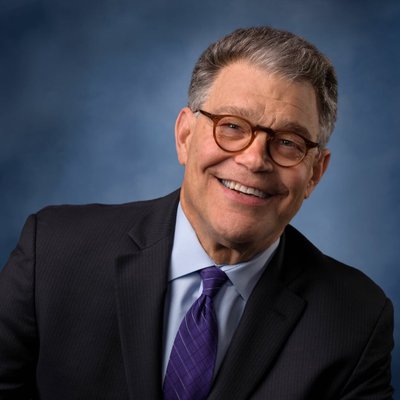 There seems to be a double standard existing within the halls of Congress, and Black legislators have taken umbrage at the conspicuous discrepancy.

But there seems to be much greater momentum generated to remove the African American Conyers from office immediately, while Franken, who is Caucasian, has been pretty much left alone by the powerful members of his own party – despite the fact that there is substantial proof that Franken assaulted a woman (there is a photo of him gleefully smiling as he reaches for a sleeping woman’s breasts).

Furthermore, Franken has confessed to his crimes and offered a mea culpa, as well. Conyers, on the other hand, has vehemently denied all claims and said he awaits the opportunity to vindicate himself.

The CBC is privately expressing their frustration because House Minority Leader Nancy Pelosi, D-California, called for Conyers to step down on Thursday. Conyers’ lawyers seemed to suggest that Pelosi and other Democrats calling for Conyers’ resignation were treating the two men differently because of race.

“Nancy Pelosi is going to have to explain what is the discernible difference between Al Franken and John Conyers,” Arnold Reed, Conyers’ attorney, told reporters, according to Politico.

Members of the CBC did not attack Pelosi specifically; there have been rumblings within the caucus about the different treatment given to Conyers versus Franken.

“I think the chorus of people that are calling for John to resign is noticeably larger than everyone else,” CBC Chairman Cedric Richmond said in an interview.

Keep in mind that Conyers has already stepped down as the chair of the House Judiciary Committee, while Franken has yet to relinquish any of his committee seats.

The caucus is trying to come up with a way to handle the allegations. As accusations against Conyers continue to mount, the CBC believes he should resign, but they are incensed at the glaring double standard within the Democratic Party.