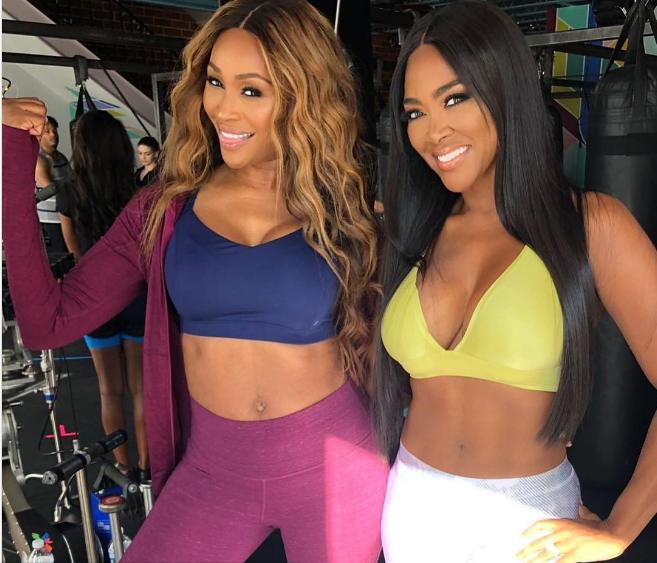 The streets are saying that Kenya Moore will soon have some big news to share. No, not that one; we already know that the lightning rod pulled off a secret wedding behind the “Real Housewives of Atlanta” producer’s back.

At the age of 46 and just six months into her marriage, Moore may be expecting her first child with her new husband, Marc Daly.

Moore addressed the rumors with Bravo’s “Daily Dish,” where she addressed her and Daly’s living arrangements. Moore said the fact they live separately in Atlanta and New York may change within the next nine months.

Why within the next nine months, you may ask?

“Well, you know, right now we’re managing two households, so a lot of people do it, have multiple residences, so that’s what we’re doing right now,” she said on the show. “But I think it just depends on [what] the next nine months might look like and what kind of room we’ll need and where we’ll be in terms of that. So we’re figuring it out, but it just depends on where our family, the number in our family, will be in the future.”

Moore then took it a step further.

“It’s no secret that I wanted a family since I started this show,” she added. “I’ve been very honest about that and we’re doing everything we can to make that happen.”

This bit of news comes after her “RHOA” cast member Kim Zolciak-Biermann accused her of masterminding a fake marriage and took cruel shots at Moore for wanting to have her first child when most people her age become grandmothers.

“Hope she’s not using a 46-year-old, f—ing egg,” Zolciak-Biermann barked in the direction of Moore during a recent episode.

Despite the pregnancy innuendos, the photo above was Moore just a few days ago working out with Cynthia Bailey. So there’s no evidence yet.

However, Moore all but confirmed pregnancy rumors on the “Wendy Williams Show.”

Check out what Moore had to say in two separate TV interviews: