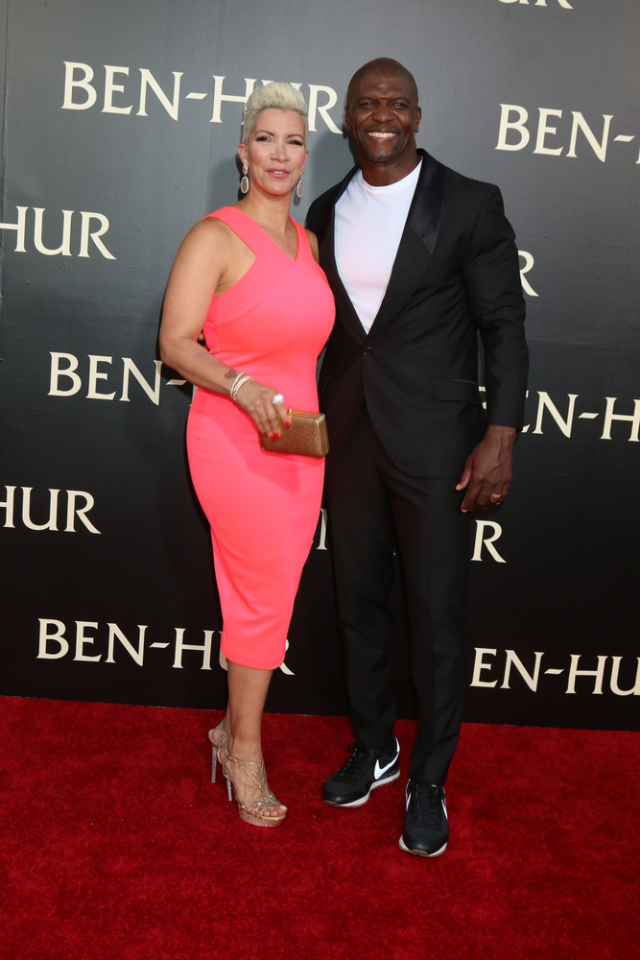 Terry Crews wants to “discipline Hollywood” in order to punish those responsible for the recent sexual harassment scandals.

In the wake of harassment allegations made against film producer Harvey Weinstein by numerous women, The Expendables star bravely shared his own experience on Twitter revealing his genitals were grabbed by a male executive at a Hollywood party in 2016.

And now Terry – who has since filed a sexual assault report with the LAPD about the alleged incident – has said his decision to come forward comes as he was inspired by the women who spoke out before him, and he believes it is time people were “held accountable” for their alleged actions.

He told “Entertainment Tonight,” “Those courageous women are the reason I spoke out in the first place. The strength of someone else makes me stronger and it just keeps going. And let me tell you it’s not stopping.

“People need to be held accountable. See one thing people have to understand, this is not about revenge, it’s not about get back.

Terry, 49, previously detailed the events of the alleged sexual assault which saw the male – who has since been named as Hollywood agent Adam Venit – touch his private parts whilst at a party with his wife Rebecca King.

He said, “So I’m looking at him, and he’s staring at me and sticking his tongue out, it’s overtly sexual. It’s a party, it’s packed, and I’m looking at him like, ‘Is this a joke?’ It was so bizarre. He comes over to me, and he literally takes his hand and squeezes my genitals. I really got forceful. Pushed him back, and he starts giggling and laughing. I have never felt more emasculated, more objectified.

“When I looked at him, it was rage. I felt like I could punch a hole in his head. My wife told me three years earlier, you can never handle any situation like this with violence. When I grabbed her hand and left that party, I got in the car and almost ripped the steering wheel off. She just kept saying, ‘I’m proud of you.’ She calmed me down. She was the one who told me that this kind of thing would happen.”