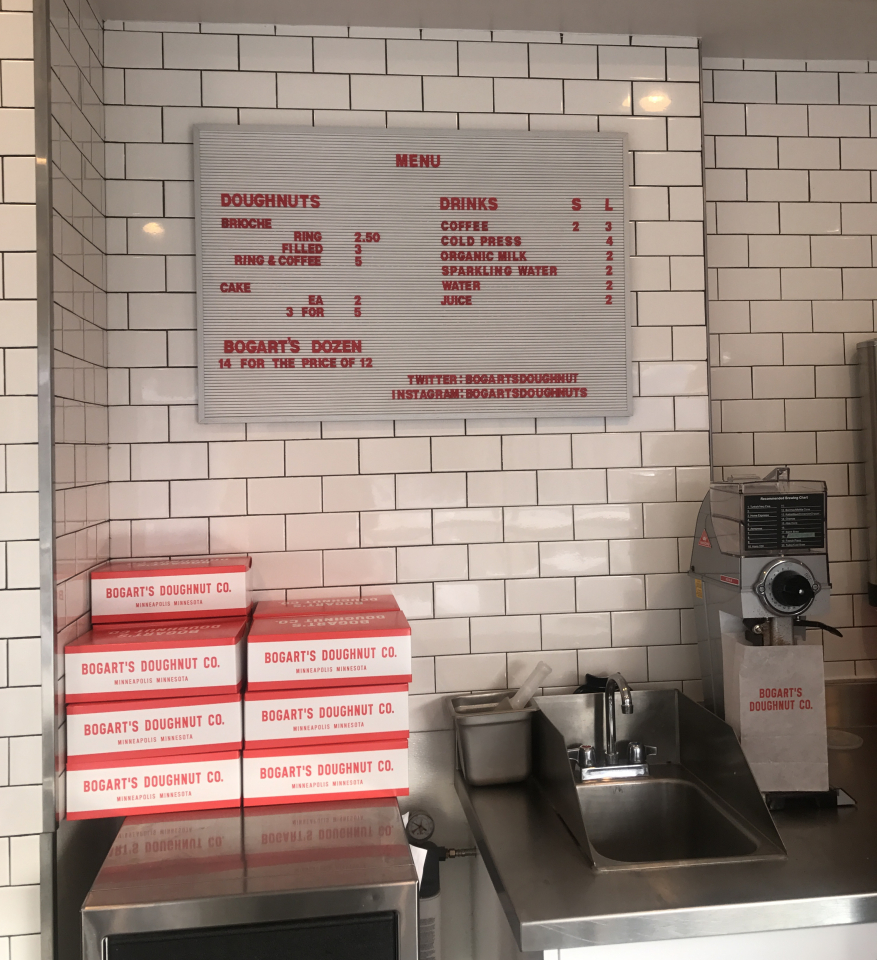 Bogart’s Doughnuts represents the best doughnut shop in Minneapolis, Minnesota. Bogart’s phenomenal recipe for success is based on the sensual idea of what a doughnut is: a delectable, mouthwatering delight made with an airy, pillowy raised dough, impeccably dressed up in a confectionery glaze or sprinkle, and perhaps filled with a scrumptious taste of heaven in between. With Bogart’s, there’s a love and care and minimal simplicity that brings an elevated level of sophistication to how they approach the doughnut experience.
Bogart’s has developed a stellar reputation for delivering their simple, yet enjoyable, fresh baked, doughnuts and hand pies on a daily basis. Baked with their signature ”from-scratch” brioche dough or their “from-scratch cake dough”, they use only the finest ingredients to produce what one might call a doughnut-lovers masterpiece.  Their simple glaze has a vanilla bean flavor and glazed topping that doesn’t exist in ordinary doughnuts. Imagine a happy marriage between the decadence of a billowy sweet-tasting cloud and the visualization of a perfectly highlighted dream of love. Finding a better doughnut in the city would be near impossible to do.
The inventive idea of simplicity can also be felt in the design of the lavender cake doughnut found in their uptown location on the corner of West 36th and Bryant Avenue South. Imagine taking a moment to delight in a tea break with a friend or family member and the tea you selected was lavender flavored. Now imagine how this moment of regal charm and grace can be consumed by the positioning of the scrumptious floral notes of the lavender cake doughnut into your mouth, joined by the wonderful herbaceous flavor of the lavender tea. The results are a blissful, unmatched, perfection of warmth that comes across in the pairing of such a great tasting lavender cake doughnut and lavender tea.
Bogart’s Doughnuts is also positioned to invite you in to appreciate a great cup of their wonderfully priced special brew of coffee, accompanied by a doughnut or two, or four of course. And, if nothing else, Bogart’s is a phenomenal doughnut company for those tourists visiting during the 2018 Super Bowl or those visiting  the Twin Cities simply to understand the beautiful appeal that the city has to offer.

Bogart’s is a must stop if you’re in the Twin Cities. They’re delicious at the start your day, in the middle of the day or after working an eight hour shift all day. Whether you walk, Uber or Lyft to their Uptown location, or drop by their downtown based kiosk location; the experience is well worth it. Trust us when we say Bogart Donuts is the best in the entire city of Minneapolis. Bon-Appetit. 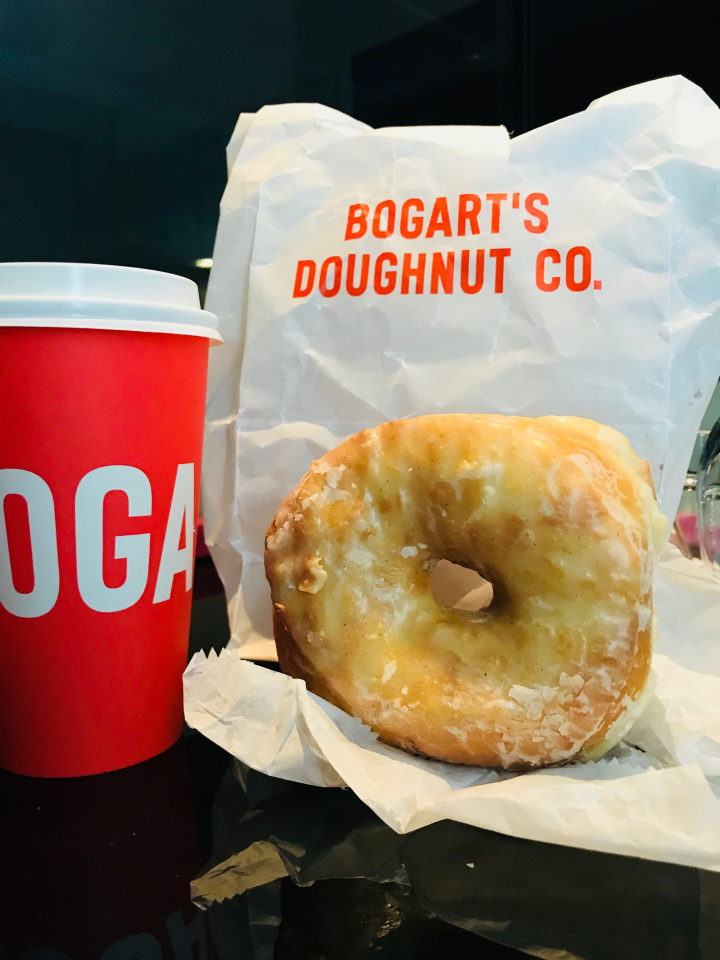