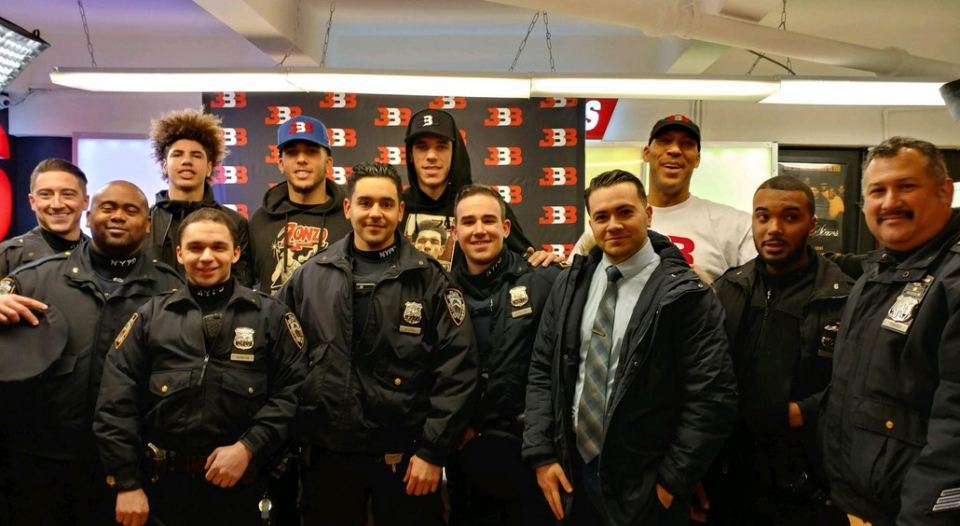 Los Angeles Lakers rookie Lonzo Ball wore a Nas-inspired hoodie to his game against the New York Knicks in Madison Square Garden on Tuesday, Dec. 12. The gray hoodie is a picture of Ball’s face with his nickname “Zo” in the upper corner of the photo, which is very similar to Nas’ classic Illmatic album cover.

Ball has a history of making comments against classic hip-hop. During season one of “Ball in the Family,” web series, Ball said he wasn’t a fan of the ’90s rap sound.

Ball also tweeted that he thought 21 Savage’s album Issa was better than Jay-Z’s 4:44.

He also wore the same hoodie in the color black when the Big Baller Brand hosted a pop-up shop in New York City on Sunday, Dec. 10. Ball played a solid game in his debut in the garden. Ball finished with 17 points, eight rebounds, six assists, and two steals in the Lakers’ overtime loss to the Knicks. Nas posted his congratulations to his hometown team’s victory on Instagram after the game. 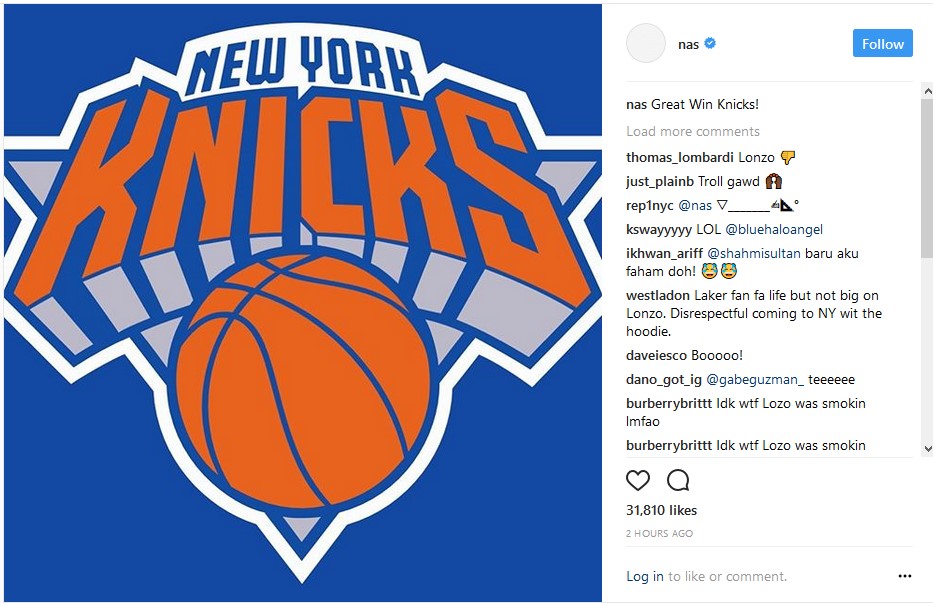 The truth is while the actual city still has attention drawn to it, New York doesn’t have as many current bragging rights as it once did. Atlanta has taken over as the hip-hop capital for the last two decades, only six players out of the top 100 high school seniors in basketball are from New York or New Jersey, and the Knicks haven’t made it past the second round in the playoffs since 2000.