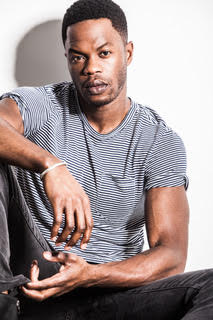 CW‘s “Dynasty” is definitely not your mother’s favorite show from the ’80s. This modern-day reboot takes the classic “Dynasty” and turns it on his head. With obvious differences like the show being set in Atlanta, and a diverse cast ranging from race to sexual orientation, “Dynasty” depicts the life of rival families, the Carringtons and Colbys, fighting for power, money and family dominance.

Leading the new wave of “Dynasty” characters is Sam Adegoke as Jeff Colby, a young tech millionaire and business rival to the Carrington family. Nigerian-born and Minnesota-raised Adegoke was first discovered when he became the 2015 winner of the ABC Discovers National Talent Competition, which landed him a one-year holding deal with ABC. Since then, Adegoke has been featured on a host of shows, including “Brooklyn Nine-Nine,” “Criminal Minds: Beyond Borders,” “Code Black” and “NCIS LA.”

How did you form your love for acting?

It started for me in the church. My parents were ministers and by virtue of that, we did a lot of church plays. I really enjoyed being on the stage and using my imagination. I wasn’t encouraged to pursue the arts as a career even though we have a very artistic family. There was pressure to please my family to be a doctor, lawyer, that kind of stuff but I couldn’t get away from acting. Later down the line, I answered the call for storytelling. I was pushed to take that jump because a friend of mine passed away and that was a big stake in the ground for me. Whatever fear I had about pursuing this wasn’t greater than my passion. But my main influence came from the church.

How does your Nigerian and church background impact your approach to acting?

It’s probably more subconscious than specifically saying me being Nigerian. Most of my formative years were distinct. We would go back to Nigeria every year. My parents were almost like reverse missionaries in a sense. English wasn’t even my first language. So I’ve been able to bring those elements, even to my character on “Dynasty,” which is remarkable. But it’s always a part of me. I’ve very proud of my culture and the heritage we have.

CW’s version of “Dynasty” has a lot of obvious differences than the original. What’s the importance of having a more diverse cast?

I think it’s an amazing and it just a testament to CW creating diverse shows. It is an amazing opportunity for me to play this historically iconic character, Jeff Colby, as a young Black man. It’s surreal. And it’s not just me. Raphael de la Fuente’s character Sammy Jo is a Latino male who is also gay. I think it’s great how the CW allows us to weave our backgrounds into the characters. Rob Riley is from the islands, Nat Kelley is Peruvian and Australian, James Mackay is Australian as well, and Alan Dale is from New Zealand. All of us are rooted in our heritage and it’s just cool to have that interplay. … It could almost be a completely different show but we want to keep the original characters in mind and pay homage to the original show, and we’re doing that.

What are the common elements that you pull from your original character but make your own for this reboot?

I really wanted to make the character my own but the elements are basically the same. [My character Jeff] is a billionaire, playboy, strongly confident, and [an] intelligent man. At the end of the day, the storyline of the 1 percent, rich decadence, and catfights are still there. But if you strip all of that away, the most important thing is family. We’re still portraying people who want to fight for their loved ones. With all of these twisted plot lines, it’s fun to jump into. It’s similar dramatically, but the new nuances make it modern and our own.

How do you feel about your evolution as an actor?

I feel great about it! I feel like I’m constantly learning. You never stop learning. That’s something some seasoned actors who have mentored me have always taught me. You always have to come to things with a fresh perspective, and boldness, with the confidence to lean into the uncertainty.