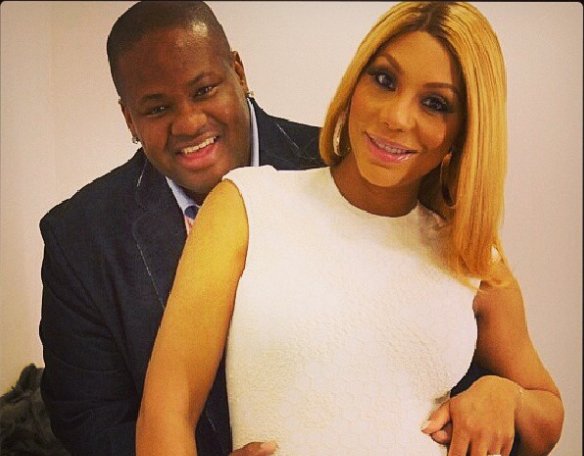 The degeneration of Tamar Braxton and Vincent Herbert’s mangled marriage continues to play out on their WEtv show in dramatic, and sometimes, excruciating detail.

In the last few cringe-worthy episodes, as well as the episodes left, Braxton fired her estranged husband as her manager, filed for divorce from him and also claimed that he had various girlfriends on the low.

On the latest episode on “Tamar & Vince,” she tells her confidante that when she comes home and does not see her estranged husband, her day is much better. The singer elaborates, stating that there are no boundaries between the marriage, their professional careers and the parental side of things. “It’s like a buffet,” she complained.

“It’s just like, ‘oh my God,’ ” Tamar exclaimed in an exclusive clip provided by “Entertainment Tonight.”

“I’m up under you every day. Every day! Like, I love you, but do I have to see this face 24 hours a day? Like, come on. If I go off and go to work and come back home and he’s not there, my day is better when I get home,” she said bluntly and her confidante shifts uncomfortably in his chair.

This publication has already reported on the reasons Braxton believed she had no other choice but to fire him as the manager of her music career.

In a recent episode, we saw Tamar talking to her stylist and hairstylist about her relationship issues with Herbert.

She dropped the news to him, saying that she has decided to fire Vincent as her manager.

Check out the exclusive clip below: