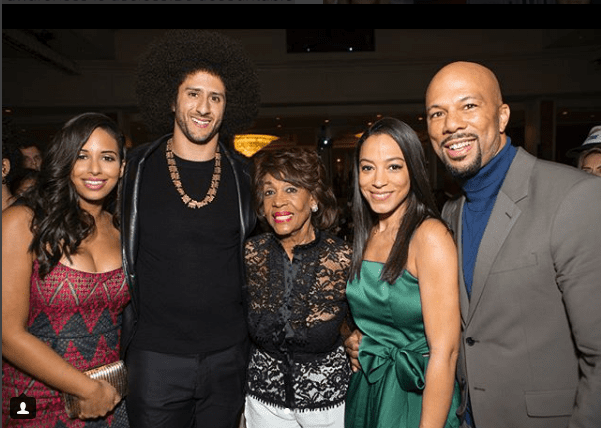 CNN political commentator and attorney Angela Rye has built a national following with her willingness and ability to clap back on issues concerning the African American community. More importantly, Rye does so unabashedly and without feeling the compunction to explain her devotion to Black people.

On her latest of many visits to the nationally renowned radio show “The Breakfast Club,” Rye discussed the controversial and contentious divorce of the Trump administration and Omarosa Manigault Newmann, better known as simply Omarosa, and whether or not the former “Apprentice” contestant was really fired and thrown off the White House campus or not.

Rye has become a recurring guest for commentary during the Trump presidency. Rye has also checked Omarosa before about her lies in the past and for her support of Trump.

“[Omarosa] bragged about being a member of the Los Angeles chapter of the National Action Network. She talked about fighting for Black people in the White House, all these great things she’s doing for HBCUs. It was lie after lie,” Rye said. “…I just started taking notes, like she’s just going to keep lying? We fact-check around here!”

Rye fact-checked again after Omarosa claimed she resigned instead of being unceremoniously banished from the White House.

Rye also touched upon the rampant sexual harassment in the workplace, in politics, sports and entertainment. While she said she is pleased that perpetrators of sexual harassment are being singled out and suffering severe sanctions for their behavior, she is also afraid that this phenomenon may turn into a witch hunt — if it hasn’t already. As a law school graduate, she is very concerned about the lack of due process these days. For example, Russell Simmons felt forced to step down from the companies that he founded just based upon the accusations of several women alone — without an investigation from trained inquisitors who could gauge the authenticity of the women’s claims as well enable Simmons to defend himself in a legal setting.

And, yes, Rye did touch upon her burgeoning relationship with respected rapper Common. Listen to what she says about how Common impacted her life as well touch upon the aforementioned topics.