V103 Atlanta’s annual Winterfest concert definitely never disappoints; which is more than likely why the show sold out with Yo Gotti, Chris Brown, Jeezy, and Trey Songz on the bill for a concert. The concert wouldn’t have been complete without special guests K Camp, Bone Crusher, Drolo Polo aka Young Dro, Rich Homie Quan, Dej Loaf, Jacquees, and the Ying Yang Twins.

Bone Crusher set the tone to kick off the evening followed by the Ying Yang Twins, which right away let the audience know it was going to be a classic ATL night. Next up was Jacquees, who brought out Dej Loaf and then up next was K Camp, who made everyone turn up with his classic hits. Yo Gotti, clad in white, came with a lit performance and contined the turn up. 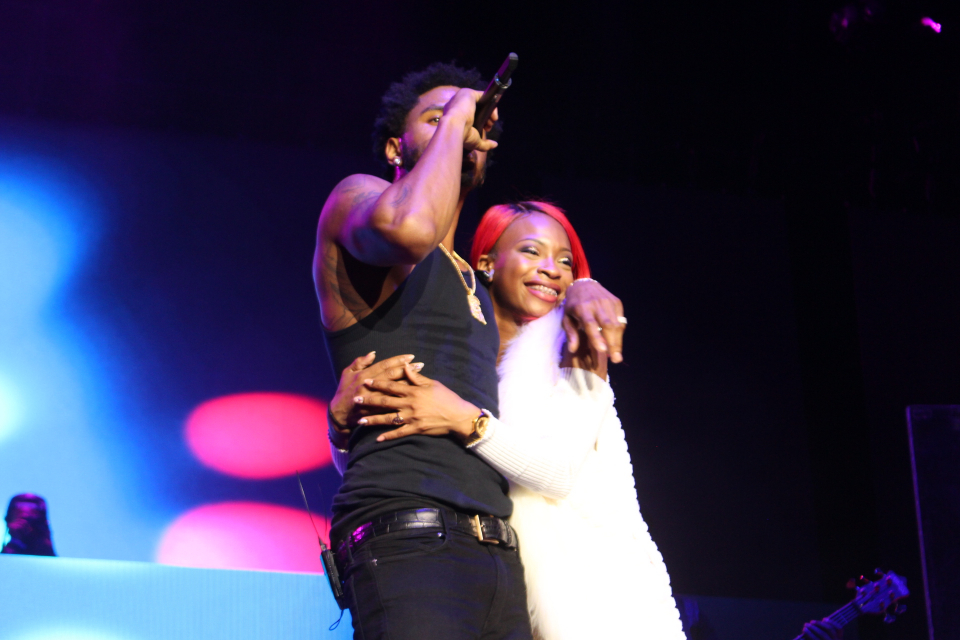 Ryan Cameron and Aunt Edith gave away over $10K to guests in attendance via the GA Lottery. Trey Songz made a redhead young lady from the audience very excited, bringing her on the stage for her 23rd birthday.

Check out the photo gallery and the video of Trey Songz bringing up the birthday girl, after the break.