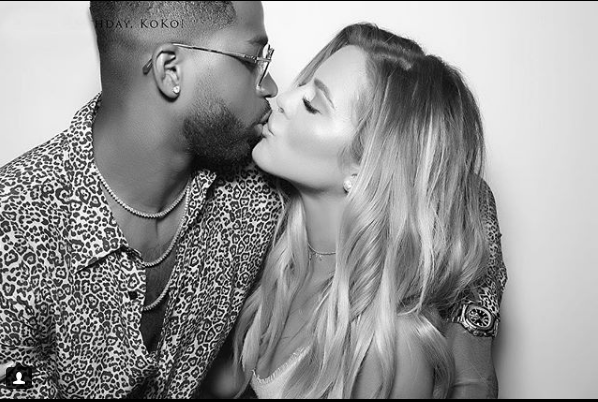 Khloe Kardashian is reportedly panicking that her famous curves — manufactured or otherwise — are starting to stretch out of shape and sag now that she is well into her pregnancy, according to the latest rumors. Kardashian is reportedly five months into her pregnancy, and it seems that he has been noticing some significant changes she did not anticipate .

Kardashian is freaking out at the thought that her hormones will cause a massive body change that will be hard to fix postpartum.

Radar Online quoted sources as saying that Kardashian has been seeing some ugly changes around her butt and she is now convinced that her posterior is beginning to sag due to the hormonal changes that she has been going through since getting pregnant with Cleveland Cavaliers basketball star Tristan Thompson’s baby.

The insider told Radar that Kardashian is obsessed with these unwanted changes and she’s regularly checking herself in mirrors. And, much like little half-sister Kylie Jenner, who is also pregnant, Khloe Kardashian has gotten ghost when the video cameras of “Keeping Up With the Kardashians” come to film.

Kardashian has reached out to her mother, Kris Jenner and sisters, and they have assured her that sagging is just a regular part of pregnancy especially around the breasts and posterior regions.

The same inside source also shared with Radar that Kardashian’s fiancee Thompson is flabbergasted by his girlfriend’s concerns because she tried really hard to have a child. But now that she’s finally pregnant, Kardashian is doing nothing but complaining all the time about the way that her body has been changing.

The problem is this: Khloe Kardashian, the largest of the five sisters, by far, does not want to gain too much weight since she is statuesque and thicker to begin with. Fans of the show know how hard Khloe Kardashian worked to look the way that she’s looking these days so it is frustrating for her to see everything changing again. Speculation is that she will give birth around March 2018.