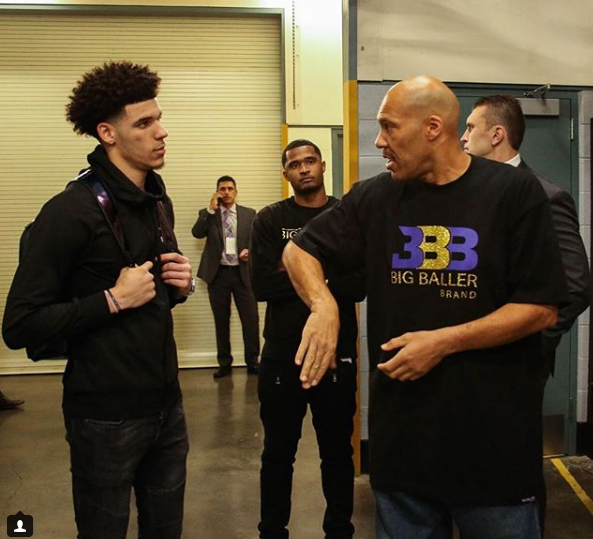 Renowned bombastic iconoclast LaVar Ball told the media that he’s launching a basketball league for nationally ranked players who have graduated from high school but don’t want to go to college — or perhaps cannot go due to finances or grades.

The patriarch of the Ball basketball family, including Los Angeles Lakers rookie guard Lonzo Ball, said he intends to start up the Junior Basketball Association that will be a semi-professional enterprise. Ball plans to pay the lowest-ranked player a salary of $3K per month and the best player $10K per month. Ball is looking for 80 players to fill 10 teams that will seek to play at NBA arenas in Los Angeles, Dallas, Atlanta, and Brooklyn, New York.

Ball assured skeptical eyes that the JBA will be fully funded by his Big Baller Brand.

“Getting these players is going to be easy,” Ball told ESPN. “This is giving guys a chance to get a jump-start on their career, to be seen by pro scouts, and we’re going to pay them because someone has to pay these kids.”

Ball said the rules of engagement will be similar to the NBA instead of college. They will play four, 12-minute quarters and have a pro 3-point line.

Ball said he is starting this league, in part, due to the comments made by NCAA president Mark Emmert, who was asked at a SportsBusiness Journal conference whether Ball was good or bad for the college game.

“Is this about someone being part of a university and playing basketball or any other sport with that school’s jersey on, representing that institution, or is it about preparing me for my career, my professional career as a ballplayer?” Emmert responded, just a few days after Ball’s son LiAngelo left UCLA to turn pro before even playing for the school. “If it’s the latter, you can do that inside a university and that might be a really good way to go. But if you don’t want to and you don’t think that it’s right for your family, then don’t come.”

“He was right,” Ball said. “Those kids who are one-and-done, they shouldn’t be there with the NCAA trying to hold them hostage, not allowing them to keep the jersey they wear while selling replicas of them in stores. So our guy isn’t going to go to Florida State for a year. He’s going to come to our league.”

Another interesting twist is that Ball’s Big Baller Brand will market and promote the league, and players will wear the company’s products.

Now that Ball has the blueprint for what he wants to construct, he admits there’s a lot of work to do to get the league up and running. He admits that there are no venues yet, no teams, no players yet and no ticket prices have been set.

The logo for the league features a silhouette of Ball’s eldest son Lonzo going in for a dunk.

“We don’t need a logo of a guy dribbling,” Ball said, an obvious reference to the NBA’s famous Jerry West silhouette. “Nobody does that anymore.”