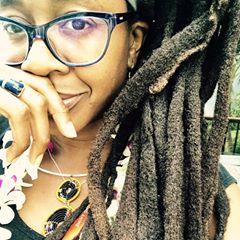 There is something very special about writers, especially book writers. They have to be able to convey the vivid worlds of imagery from their minds to their audience without the aid of the big or small screens. Weaving words together to paint a picture is a craft that should be celebrated. Here, we’ve compiled a list of writers to watch.

Dubbed the Nigerian Harry Potter, Okorafor is truly redefining the world of fantasy literature. For just over a decade, she has managed to tackle heavy social issues including political violence and corruption, along with racial and gender inequality in a most interesting way. She has managed to merge her Nigerian roots with her suburban Chicago upbringing to amass impressive imaginary worlds. After winning just about every major science fiction and fantasy awards such as The World Fantasy Award and The Nebula, her cult following eagerly anticipates her next foray into the young adult fantasy Binti Book Series. Binti: The Night Masquerade, available for pre-order, is part three in a series of wildly imaginative magical influences by other-worldly spirits and deities built upon Nigerian folklore. As a change-maker on the African American fantasy scene, she has proven readers have a hunger for her style of writing. If you have an appetite for diverse fantasy with dynamic characters overcoming crippling obstacles, Okorafor is one to watch.