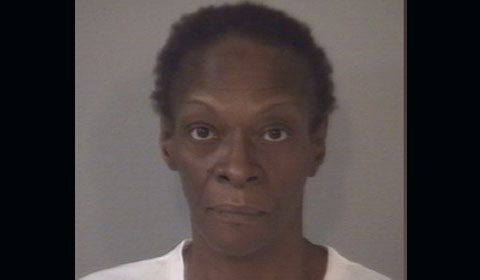 The family of NBA star Chris Bosh is having a stress-filled Christmas this year as the baller’s mom has been arrested for what amounts to slavery. Police have charged Frieda Bosh, 58, with exploiting for profit a mentally disabled man who remains anonymous at this time to protect his identity. According to police, Bosh and another tenant named Jonathan Brown forced the developmentally disabled man to deliver drugs under threat. In addition, the man who lived with Bosh and Johnson signed his disability check each month to Frieda Bosh.

Police began surveillance of the home owned by Chris Bosh and reportedly given to his mother Frieda, after reports of drug activity at the residence. During a traffic stop, police recovered baggies of marijuana and cocaine in a vehicle and began to gather evidence for a raid on the home. Earlier this month, police raided the home and discovered drug paraphernalia consistent with a drug operation but there were no reports of drugs being found. It was during this raid that the mentally challenged man’s plight was discovered by police and his story unfolded. The victim was forced to take part in “drug distribution activities” and forced to clean the house and do laundry, according to the police. In addition, the warrant states that the victim delivered drugs for Brown and was scared of what he would do in retaliation when he got angry.

Frieda Bosh was arrested by the Desoto, Texas police on Tuesday, Dec. 19 and charged with exploitation of a disabled person, a third-degree felony, according to WFAA News. She is being held in the Tarrant County jail and is still a suspect in the drug trafficking case. Chris Bosh is not under investigation by police and ,according to TMZ, has been trying to get his mother evicted from the home for the past several months.