The holiday season is often viewed as a joyous occasion for people across the nation. However, it’s also a time when depression and other mental health issues can be triggered.

Shanti Das, music industry veteran and creator of Silence the Shame, recently sat down with our publication to discuss the importance of mental health awareness during the holidays.

How did Silence the Shame get its start?

My dad committed suicide when I was 7 months old. It was really difficult on our family growing up knowing that my father had committed suicide and we didn’t talk about it. Particularly in the African American community, I think it’s something that people shy away from. Sometimes when you need help, you just talk to your mom or you pray. I decided to finally forgive my dad when I was an adult and I went to counseling in my 30s. I realized how impactful and helpful that was for me and I regret us not going to counseling as a family growing up. Also, a few years ago, one of my best friends committed suicide and I also have a family member that suffers from bi-polar disorder. I went through my own depression just a couple of years ago and, for the first time in my life, had thoughts of suicide. I decided to be honest and step up. There are a lot of organizations out there doing great work around mental health, but there aren’t many in the African American community. So we’re trying to be a voice of the community

How have you all spread the message?

Most of the work that we have done right now has been in Atlanta. We launched this campaign last May and we received 90 million impressions on social media which was fantastic. So we’re very proud of that I’m actually traveling and doing a lot in 2018 outside of Atlanta. We just formed a partnership with Jack and Jill of America Incorporated and the Jack and Jill Foundation. And we will be doing a 7-city teen mental health tour going to New York, Los Angeles, Washington D.C., Houston, Dallas, and Chicago. So we’re very excited about that and we’ll be flying to the island of Bermuda in January to do a Silence to Shame tour and talk about mental health.

The holiday season can be a hard time for some who are struggling with mental health. What advice do you give for people about mental health awareness during the holidays?

The holidays is a difficult time for a lot of people. It could be a loss of a loved one, a spouse, or something such as losing your job. So what I would suggest to anyone is if you’re feeling down, talk to someone. It doesn’t necessarily mean that you’re going to encounter a mental health disorder. I would suggest surrounding yourself with friends or family and not being alone if possible. I remember two years ago, I was going through my own depression. I shut myself off from a lot of my friends and family. I didn’t want to wake up in the morning and go out. I didn’t want to open the blinds. So one simple thing that you can do during the holidays is get up every day. Go outside and take a walk. Do things that will get your endorphins going. Exercise, build up that energy level, and make yourself feel good. 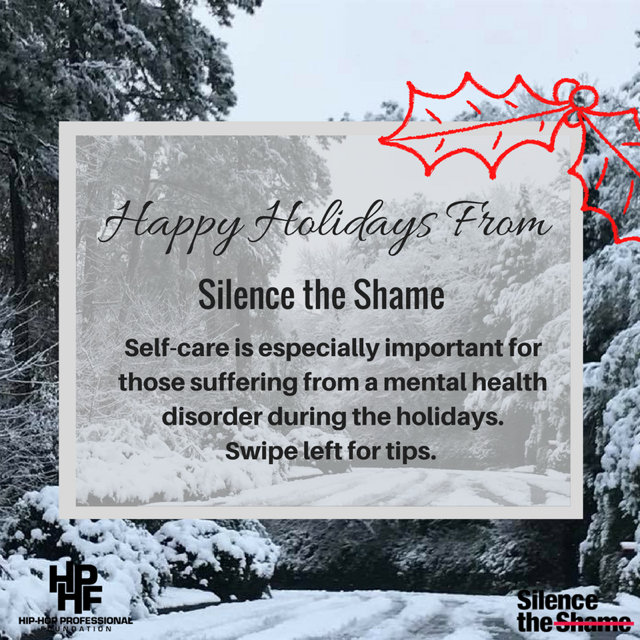 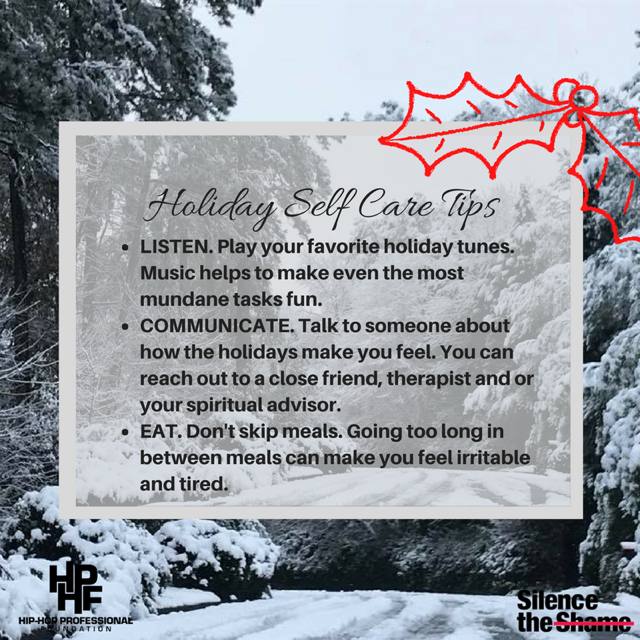