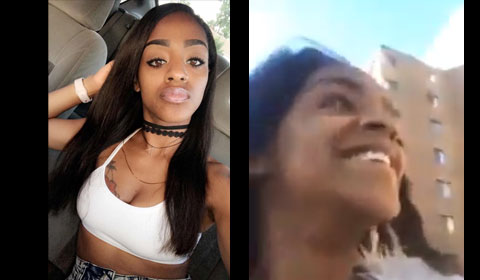 In seconds, a verbal altercation descended into gun violence between two Chicago women. Kearra Hardmon, 27, was live streaming to Facebook when she encountered Labritney Austin, 29, of University Park who was sitting in the driver’s side of a parked vehicle. The pair begins to argue and Austin is called a b—. In response, Austin shoots Hardmon and drives off. The whole incident was captured and streamed live.

An hour before the shooting, Austin had taken Hardmon and her, 4-year-old-son shopping at a local Target. The two argued in the checkout lane when Austin was paying for the items and Harmon was attempting to also give her money. Later on, Austin returned to an apartment and the pair argued, which led to the shooting.

Austin turned herself into police one day after the shooting and faces charges of aggravated battery by discharging a firearm. According to a Chicago police spokesperson, the two women knew each other and it is being considered a case of domestic violence. Hardmon is expected to recover fully from a shoulder injury that shattered bone. She told local WGN9 News that Austin was her girlfriend and that although the two had argued in the past, they had never become physically violent. She was carrying her phone and live streaming that day because she felt there was going to be a confrontation if she spotted Austin waiting for her,