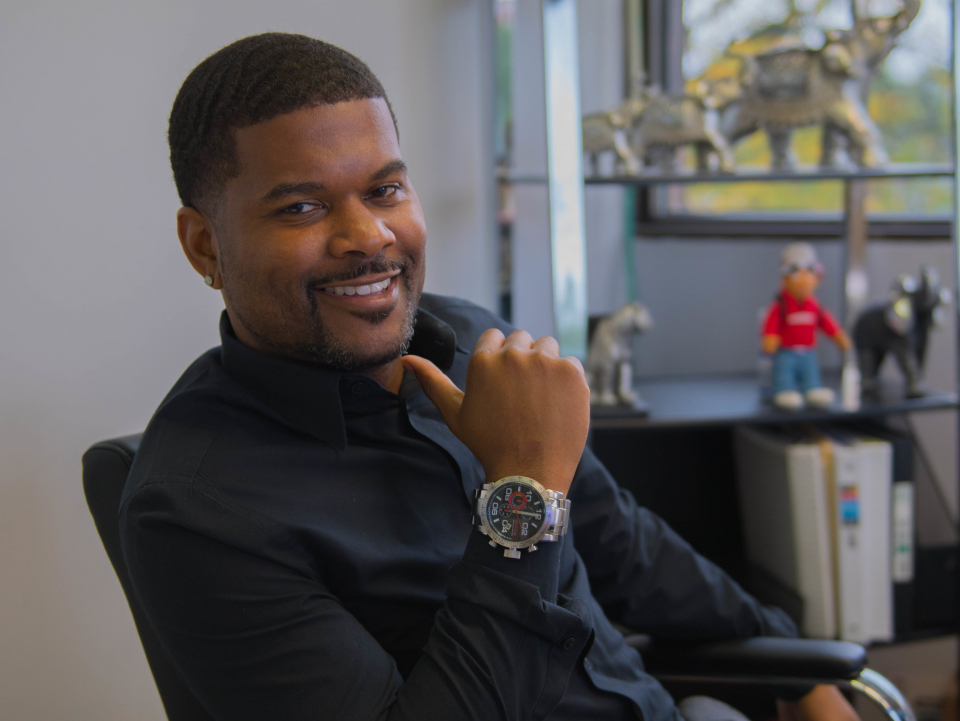 From the tough streets of Chicago’s South Side to a self-made business guru, De’Andre L. Rucker is the personification of the American Dream. The founder and CEO of Rucker Holdings continues to set standards of excellence while expanding his interests in real estate, engineering, fashion, branding, marketing, consulting, and beyond. This industry leader, author, and innovative entrepreneurial expert has evolved into a highly sought after executive adviser.

I am a father, husband, author and a hell of a businessman who grew up on the south-side of Chicago in the infamous Racine Courts.

How did you first get involved with your business?

I’ve always been passionate about business ever since I was young. My first business transaction was at 12 years [old] and I’ve been in love ever since.

Tell us about a time when things didn’t go the way you wanted — like a promotion you wanted and didn’t get, or a project that didn’t turn out how you had hoped?

I remember wanting to introduce one of my businesses to Ford Motor Company and I was denied because I was not part of the Union. It was a bit discouraging but after strategic planning, I decided to go after Ford’s suppliers — which did not require Union credentials — and began servicing them.

What is your greatest achievement?

It’s hard to give you just one. You see, where I grew up in the inner-city of Chicago if you lived to see the age of 21, never been to prison and was not addicted to any drugs and alcohol that was considered a victory. Growing up without a mother or father was extremely difficult and many times people discounted my future as being bright. But I had a dream and I knew where I wanted to be in life. Today, I sit down with Fortune 500 corporations brokering multi-figure deals for my organizations. So I guess my greatest achievement is beating the odds.

What has surprised you the most about your business?

How fast we’ve grown in such a short period of time.

What’s been the most difficult day of your career so far and how did you deal with it?

The most difficult day of my career was dealing with blatant racism. I recall entering a business situation and a person approached me and said “You don’t belong here” when I replied “what do you mean by that” he proceeded to say it was because I was black and I did not belong in that part of the industry. He then suggested that I needed to seek business elsewhere or an alternative career.

Today I control more market share than his business.

There’s also the whole work-life balance, how do you do it all?

I am very disciplined with my time.

If we’re sitting here a year from now celebrating what a great year it’s been for you, what did you achieve?

What was the last thing you googled?

Who has influenced your decision to pursue your career?

My lovely wife has influenced me to make a lot of decisions that impact my career.

What might we be surprised to know about you?

That I always put 150 percent in everything I do no matter how tired I am.