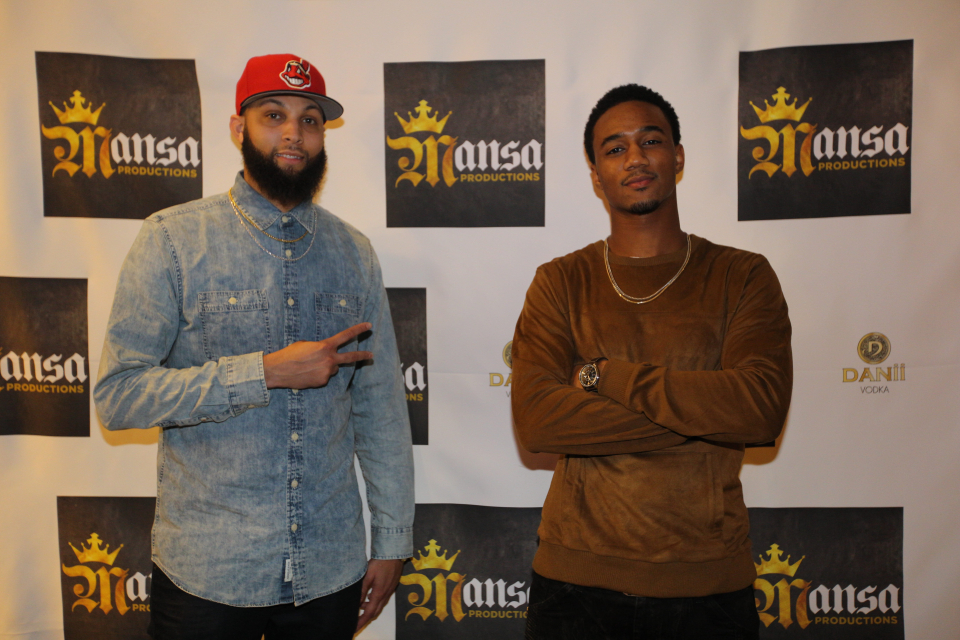 Held at the Gathering Spot in Atlanta’s Northyards Business Park, the event served as the perfect playground and networking mixer for young film and television professionals in Atlanta. The night included a group scavenger hunt, Danii Vodka cocktail pong, a game of capture the flag and a special performance by emcee Nick Grant.

While details about their upcoming projects cannot fully be disclosed at this time, Akeem and Usher were able to share that they have three groundbreaking projects in the cannon. Mansa Productions currently has two unscripted television shows in development and a film titled A Father’s Love in the pre-production stages. Mansa Productions is slated to start shooting A Father’s Love later this month in Atlanta.

The team behind the company’s first film is comprised of “Survivor’s Remorse” alumni, Los Angeles actors, and Atlanta actors.

“This is my first project getting off the ground as a producer and this is our first project together as production partners. Allen Maldonado (Straight Outta Compton, “Black-ish,” “Survivor’s Remorse”) and I co-wrote the script. Ron Reaco [Lee] will be directing. The story is dope. At the very core of it, it’s a love story,” Usher said.

The story is inspired by the real-life experience of the script’s writer, Allen Maldonado. Maldonado is an actor and writer known for lending both his writing and acting talents to ABC’s “Black-ish,” STARZ “Survivor’s Remorse” and TBS’s highly anticipated new series “The Last OG,” starring Tracy Morgan and executive produced by Get Out director Jordan Peele.

“It’s an incredible film about a young teenager dealing with what young teenagers go through and he has a difficult choice to make in regard to his girlfriend and her being pregnant. It is based off a true story, what I went through when I was 16. People are going to be kind of shocked when they see it. [We have] a great all-star cast. I can’t wait to share that,” Maldonado said.

Several industry vets and celebrities came out to support and share their enthusiasm for the millennial duo behind Mansa Productions. Some of whom have plans to collaborate with the company in 2018.

“I met Jessie just hanging out in Atlanta and he introduced me to Kellon. [They are] good people with awesome vision and lots of talent. As far as what’s to come, stay tuned. We [are] definitely cooking up some stuff in the lab that hopefully, the masses will appreciate,” said Emmy Award-winning radio personality and DJ Big Tigger.

“We [are] just constantly working every day putting together dope stuff for people to enjoy in the foreseeable future,” Akeem said.