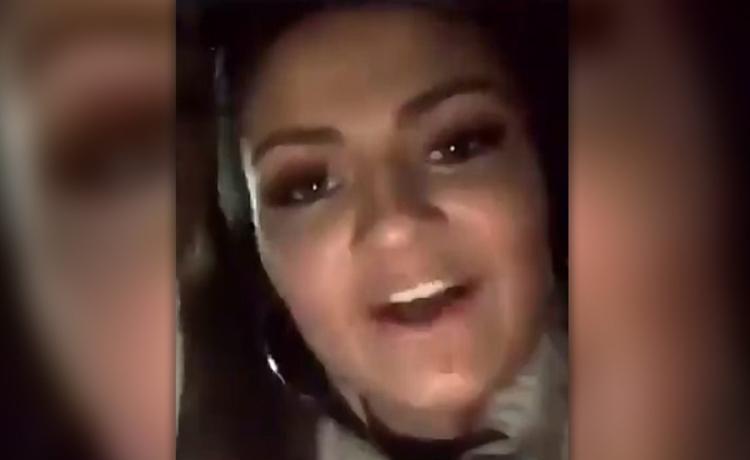 Officials at the University of Alabama are investigating a video posted on Instagram by a student in which she repeatedly uses the N-word and other profanities, according to AL.com.

The student at the core of the controsversy, Harley Barber, said in the videos posted Monday, Jan. 15 that she’s a member of Alpha Phi sorority.

In addition to proclaiming her affiliation with the Greek letter organization, Barber can be heard explaining that she doesn’t “waste water … because of the poor people in Syria.”

She then claims that she loves to “act like I love Black people because I f-king hate n—-rs. But I just saved the f-king n—-r by shutting that water off,” she continues.

After facing backlash from the initial video, Barber posted another. Rather than apologize, she launched into an expletive-laden racist tirade in which she claims, “I’m from New Jersey so I can say n—-r as much as I want.”

“If anyone else wants to f–king snake me on my f–king finsta [fake Instagram] for saying n—-r, I’m in a fur vest. I want you to buy my f–king fur vest ’cause f–k you.”

Linda Kahangi, the executive director of Alpha Phi International Fraternity, told AL.com the language and opinions expressed do not represent those of the sorority.

Additionally, Kahangi revealed that Barber has been removed from the organization.

“Alpha Phi is a diverse, values-based organization and condemns the language and opinions in these videos. They are offensive and hateful to both our own members and to other members of the Greek and campus community,” the statement read.

“The Beta Mu chapter leadership and supporting alumnae moved quickly to address the offense, and Ms. Barber is no longer a member of Alpha Phi.”

A spokesperson for the university also addressed the incident, calling Barber’s videos “ignorant and disturbing.”

“These remarks are ignorant and disturbing and in no way reflect the values of The University of Alabama. This unfortunate behavior has been reported to the Office of Student Conduct as it does not align with the community expectations of students at the Capstone,” Chris Bryant said.

The videos continue to make viral rounds on Twitter.

This lil racist white b***** lmaoooo…. peep next videos I post from her page 😂😂😂 pic.twitter.com/KPo437cMEj


Posted in News2 and tagged MLK, n-word, University of Alabama