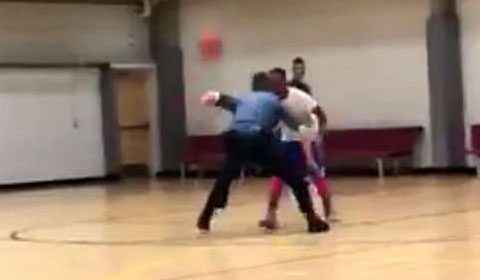 An interaction between a Black teen and a White cop in Elliot City, Maryland, has become a viral video hit. The cop was patrolling a youth center and decided to play one-on-one with a teen. The video has been shared two million times.