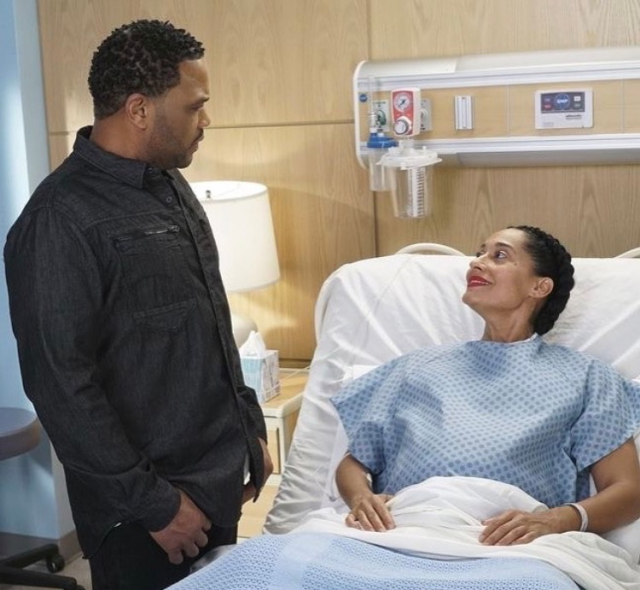 Tracee Ellis Ross is threatening to cut back on her appearances in the hit ABC sitcom “Black-ish” if she doesn’t get a raise.

According to The Hollywood Reporter, Ross receives lower pay than her co-star Anthony Anderson. The 45-year-old actress, who plays Dr. Rainbow Johnson on the show, plans to make up the gap by appearing in other shows if the disparity is not corrected.

Along with his starring role, Anderson serves as the executive producer of the sitcom which could explain why he makes more than Ross.

The discussion on pay gaps between co-stars arose when news that Mark Wahlberg earned 1,500 times more than Michelle Williams on the show “All the Money in the World.” The difference came from when the stars had to do reshoots for the show after Christopher Plummer replaced Kevin Spacey.

Wahlberg then decided to donate his $1.5 million paycheck to Time’s Up. The organization was founded in 2006 but came back into the spotlight after the #MeToo movement was launched in the wake of the Harvey Weinstein scandal.

The goal of Time’s Up is to fight sexual harassment and assault in the workplace. More than 300 actresses in Hollywood started Time’s Up. William Morris Endeavor, who represents Wahlberg and Williams donated $500K to Time’s Up.

“Black-ish” is about an upper-middles-class African American family. Since the first four season of the sitcom, Ross and Anderson have been nominated for several Emmys and Golden Globes. However, Anderson has never won any of his Emmy or Golden Globe nominations.