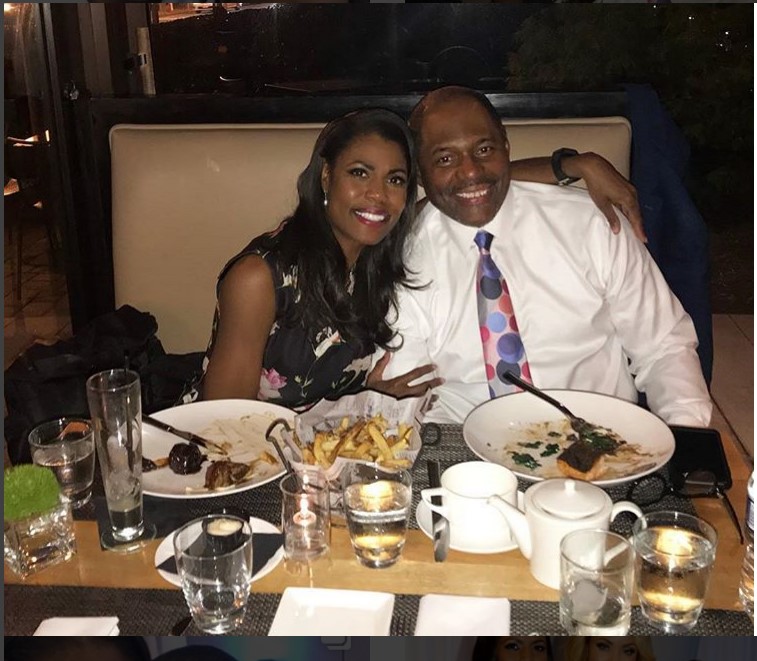 Following her comedy-filled depature from the Trump Administration — replete with her laughable explanation for being thrown off the White House campus by the Secret Service — Omarosa Manigault-Newman has reportedly procured a new public speaking deal that has potential to bring in some thick stacks.

According to TMZ, Omarosa will join the likes of music mogul Diddy, comedic legend Jay Leno and basketball icon Magic Johnson as a speaker with the American Program Bureau. The bureau hopes for her to make about $50K per speech.

The bureau’s founder, Robert P. Walker, told TMZ that they plan to book 10 appearances for Omarosa over the next three months, which could result in a whopping $500K paycheck.

“Since it’s Black History Month and Women’s History Month, I’m sure Omarosa will be in high demand, as she has always been,” Walker told TMZ.

Walker presumably said this with a straight face.

Others, however, could not conceal their smile nor resist taking shots at the combustible Trump stump supporter and her first job since being humiliated during her Oval Office exit:

Would you pay money to see #Omarosa speak?? https://t.co/71zm1EWEfF

Omarosa to command 50K for speeches. The CEO: “Since it’s Black History Month and Women’s History Month, I’m sure Omarosa will be in high demand, as she has always been,” Who wants to tell him? #Omarosa pic.twitter.com/ZnyxLREUDm

I wouldn’t go see #Omarosa speak if they paid ME!