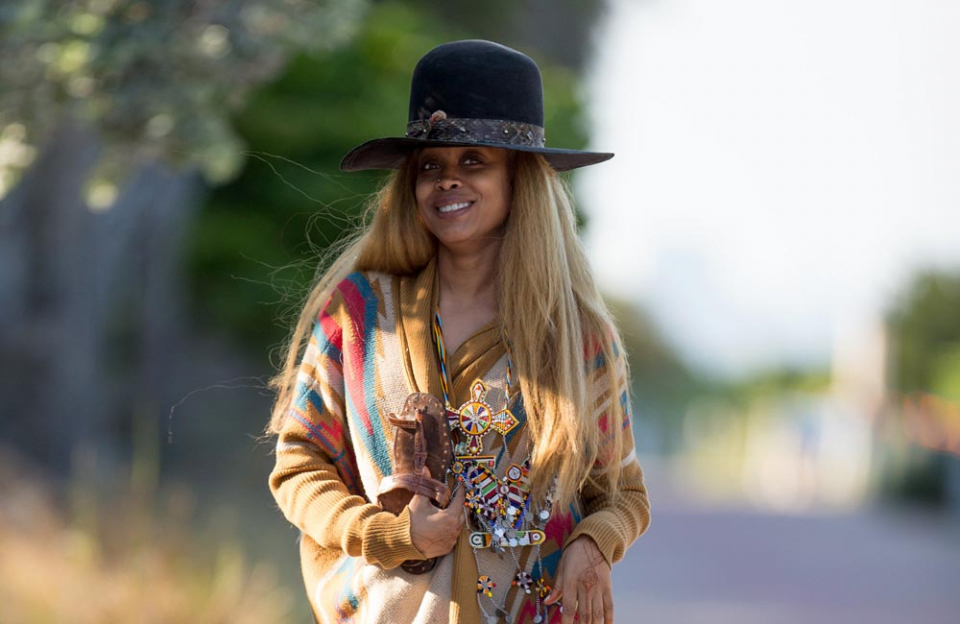 Erykah Badu says her praise of Adolf Hitler has been “misconstrued.”

The 46-year-old singer-songwriter attracted widespread criticism after she claimed she could see some “good” in the Nazi dictator, but Badu has now taken to Twitter to clarify her comments, admitting she used one of the “worst examples possible” when she was defending herself against accusations of anti-Semitism.

She wrote on the micro-blogging website, “People are in real pain. So I understand why my ‘good’ intent was misconstrued as ‘bad’. In trying to express a point, I used 1 of the worst examples possible, Not to support the cruel actions of an unwell, psychopathic Adolf Hitler, but to only exaggerate a show of compassion. (sic)”

The debate was sparked when Badu addressed her links to Louis Farrakhan — the leader of the Nation of Islam — and suggestions that she’s anti-Semitic.

During an interview with Vulture, Badu slammed the accusations and claimed she can “see all sides simultaneously.”

Defending her links to Farrakhan, Badu explained, “I’m also OK with anything I had to say about Louis Farrakhan. But I’m not an anti-Semitic person. I don’t even know what anti-Semitic was before I was called it. I’m a humanist. I see good in everybody. I saw something good in Hitler.”

Prompted to clarify her position, Badu added, “Yeah, I did. Hitler was a wonderful painter.”

Badu was also asked why she risked attracting negative attention by mentioning Hitler during the interview with Vulture.

The “Bag Lady” hitmaker replied, “You asked me a question. I could’ve chosen not to answer. I don’t walk around thinking about Hitler or Louis Farrakhan. But I understand what you’re saying: ‘Why would you want to risk fueling hateful thinking?’

Meanwhile, Johnathan Greenblatt, the chief of the Anti-Defamation League, which fights to stop the defamation of Jewish people, has called on Badu to issue an immediate apology for her comments.

He wrote on Twitter: “Erykah Badu, I read your interview in @Vulture, and I have a few thoughts.

“I also like to think that there is good in all people, but Hitler is pure evil. I don’t care if he painted or was a vegetarian; Hitler is responsible for the deaths of 6 million Jews & a war that claimed the lives of tens of millions. Shame on you for downplaying that. (sic)”