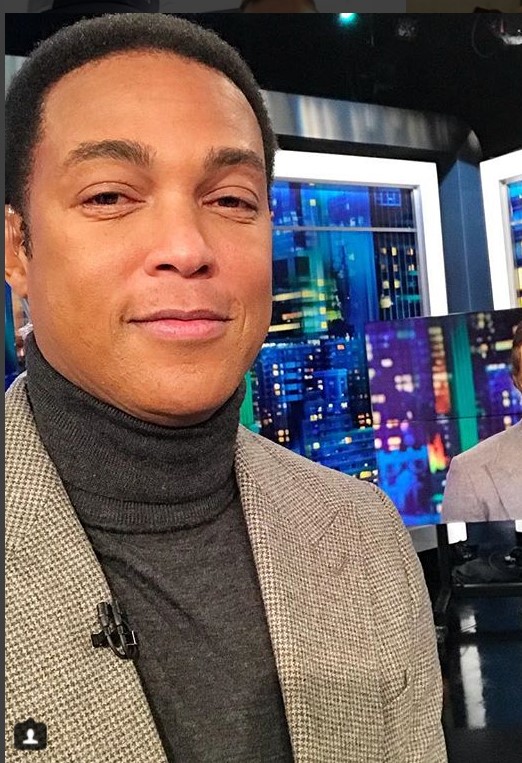 Don Lemon tried to yank Donald Trump’s hairline, strand by fake-looking strand, in a scorched-earth dress down on inciting mentally disturbed people to commit acts of murder against the press.

Lemon, the host of “CNN Tonight,” made it unequivocally clear who he thinks is culpable for the recent death threats made against CNN employees: the president of the United States.

During his primetime show, “CNN Tonight with Don Lemon,” the anchor peeled Trump’s backside for leading the violent charge against the network and media at large.

“There’s nothing random about this. Nothing. This is what happens when the president of the United States, Donald Trump, repeatedly attacks members of the press simply for reporting facts he does not like,” Lemon said.

He went on to cite a recent tweet Trump sent out, slamming CNN’s Jim Acosta as “crazy” and calling the network “Fake News.” He also showed a reel of Trump repeatedly using the term during rallies and press conferences.

“I’ve heard from a number of very credible sources from within the White House that you watch this show. You deny it all the time but then you say something disparaging about me, and the only way you would know that is if you watch the show. So Mr. President, I’m going to speak directly to you,” he said.

“We are not the enemy. We are not trying to silence you. It is the job of the free press to report the facts, to ask questions — tough questions, ones you don’t like. Even if you don’t like the facts or those questions, no matter how many times you attack us as fake news, we will continue to do our jobs.

“What grade are you in?”

Lemon was just getting started. He then shifted into fifth gear to run down the president’s weak but inflammatory excuse for calling the press he doesn’t like “fake news.”

“When you make that baseless and incendiary charge, be aware that people are listening to you,” Lemon said, before giving a run down of the federal affidavi of the man’s threats.

Brandon Griesemer, 19, made more than 20 calls to CNN threatening violence and using slurs against African Americans and Jews.

“Fake news. I’m coming to gun you all down,” Griesemer reportedly said, according to CNN.

“You are going down. I have a gun and I am coming to Georgia right now to go to the CNN headquarters to f—ing gun down every single last one of you. I have a team of people. It’s going to be great, man,” he said in another. “You gotta get prepared for this one.”

“I wonder where he got those words,” Lemon said of the threats, still speaking directly to Trump.

“What grade are you in?

“When you, Donald Trump, tweet the post of a train hitting CNN. You may think it’s funny. It’s not. It’s actually childish. My 10-year-old nephew wouldn’t even do something like that. When you tweet a doctored video of you body slamming CNN, people are watching,” he said.

“People take that message seriously, and if one of is hurt or god forbid something else because you either don’t understand the power of your words and/or you don’t care, it won’t be a fake injury or sadly a fake death. It will be real.

“How will you answer those questions then? Not only from journalists, but from our loved ones?” he added.

“Because you’re going to have to do it. Let’s hope it doesn’t happen. Let’s hope you see the error of your ways as well.”