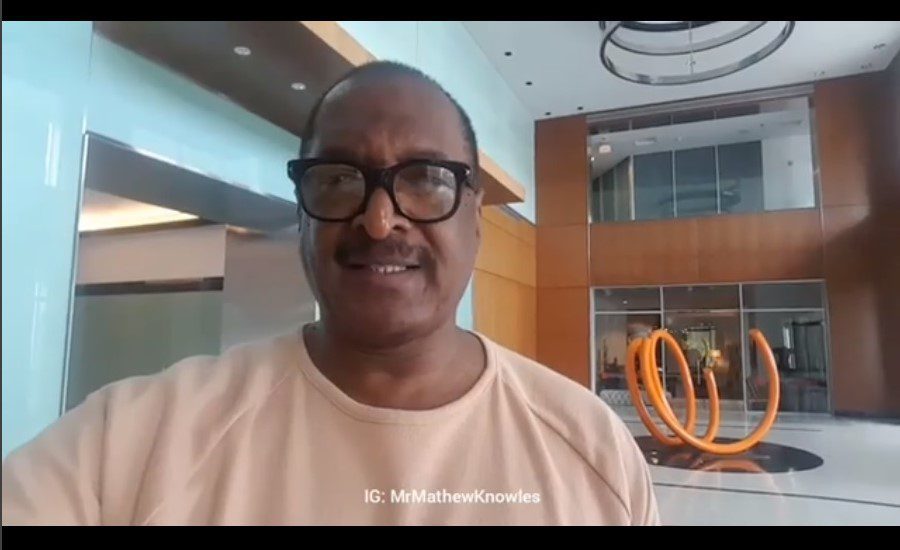 Mathew Knowles has a knack for making trending topics when it comes to his comments and interviews and that was the clear cut case this weekend when a new interview with the music industry veteran caused a stir online as he revealed that he initially approached his ex-wife, Tina Lawson, because of colorism and her fair skin.

In a now-deleted interview with Ebony, Knowles discussed the impact of colorism on the Black community and shared that his mother planted the seed in his head that Black women with darker skin are less attractive and less fit to be wives/girlfriends than lighter Black women or White women.

“When I was growing up, my mother used to say, ‘Don’t ever bring no nappy-head Black girl to my house,'” he said. “In the deep South in the ‘50s, ‘60s and ‘70s, the shade of your blackness was considered important. So I, unfortunately, grew up hearing that message.”

Knowles says he internalized his mother’s words and the world seemed to echo that same sentiment about skin color as he went off to school at Fisk University. “They had a colorism issue there. I was in the last class where they’d take out a brown paper bag, and if you were darker than the bag, you could not get into Fisk,” he recalled.

Knowles says he developed an “eroticized rage” for White women and then reveals that he only approached his famous ex-wife, Tina Lawson, years ago because he thought she was a White woman.

“One day I had a breakthrough. I used to date mainly White women or very high-complexion Black women that looked white… I had been conditioned from childhood. Within eroticized rage, there was actual rage in me as a Black man, and I saw the White female as a way, subconsciously, of getting even or getting back,” he said.

“I actually thought when I met Tina, my former wife, that she was white. Later I found out that she wasn’t, and she was actually very much in-tune with her blackness,” Knowles said.

As fans know, Knowles and Lawson were married for nearly 30 years before they split in 2009 amid reports of a cheating scandal. The two, of course, have two famous children, Beyoncé and Solange Knowles, and Knowles mentioned his kids as being a part of the group of fair-skin Black women in the music industry who have benefitted from and are proof of the fact that colorism still plays a role in who gets better treatment and opportunities in the industry.

“I challenge my students at Texas Southern to think about this. When it comes to Black females, who are the people who get their music played on pop radio? Mariah Carey, Rihanna, the female rapper Nicki Minaj, my kids, and what do they all have in common?” Knowles asked.

So what do you think of Knowles’ candid conversation on colorism in both the Black community and the entertainment industry? Let us know in the comments.