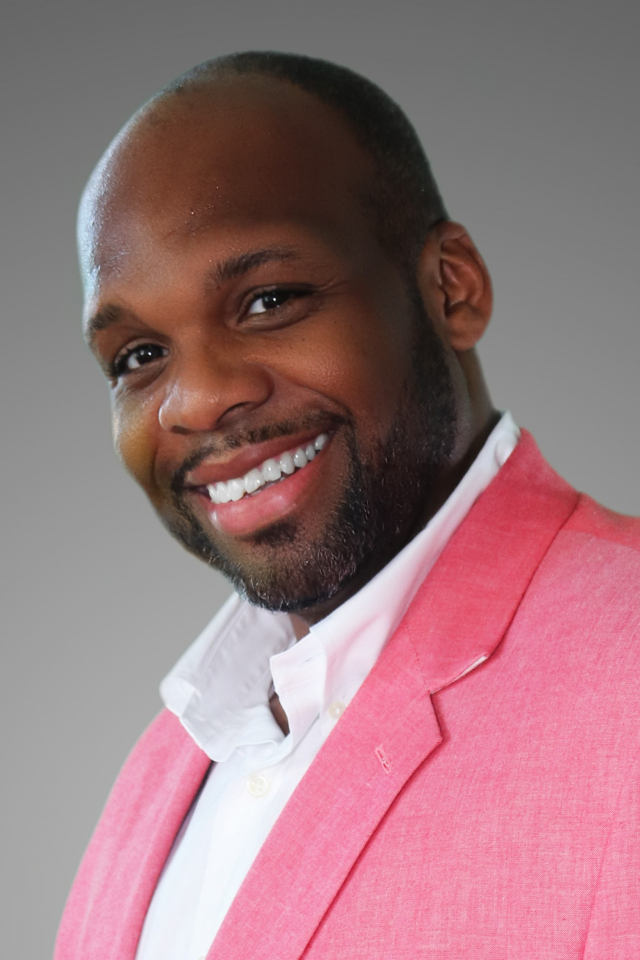 In the 1920s, a new movement in Harlem began that made an indelible impact on Black culture. It brought Black artists’ cultural, social and artistic sensibilities to the world. This new movement was coined the Harlem Renaissance. A founder and prominent figure in this movement was poet Langston Hughes. He was one of the first producers of the art form known as jazz poetry. Fifty-one years after Hughes’ death, one of the most eminent literary influencers is being celebrated during Black History Month through the VocalEssence WITNESS program.

Started in the Twin Cities in 1991, the program continues to celebrate the influences and contributions of African Americans in and to society through performances, recordings, and educational programs. This year marks the 100th year since the Harlem Renaissance was born. VocalEssence WITNESS: Of Such, I Dream aims to inspire all people to create change within their communities. The performance will premiere Bill Banfield’s chamber symphony. The professor of African American studies at Boston’s Berklee College of Music titled his symphony I Trust Harlem Is Still There. It was inspired by letters written between Hughes and Carl Van Vechten. The program teaches artists who will work with students on all grade levels material that plays into this year’s theme. VocalEssence WITNESS: Of Such, I Dream will also debut the community-based youth choir from the VocalEssence Youth Choral Arts Initiative through a concert performance.

The associate conductor G. Phillip Shoultz III and Banfield discuss the program and performance in the interview below.

When did music become your purpose?

I grew fond of classical and symphonic music at an early age. Music was always in my life even during the years when sports came to the forefront. I played baseball and ran cross country up until my senior year. That’s when I realize, “This is great,” but I need to focus a little more on the music. When I was a junior at the University of Georgia in the Men’s Glee club, our director, we called him “Coach” took ill. We just thought it was temporary, and I remember him saying to me “Phillip, I need you to help step up and lead the choir because our graduate teaching assistant is a vocalist but, he’s not a director. I need you to make things happen and keep the tradition going.” It was January 1997, and he passed away later that month. He encouraged me, and I ended up directing the group the rest of that year in concert. I realized that this was a calling, I had a gift that I need to nurture and learn more about how to use my ability to lead people through group singing experiences to make lives better and change communities. Teaching others how to use their voices were going to be my tool.

How have the VocalEssence WITNESS programs been received by the diverse communities in the Twin Cities?

The organization itself has been predominately Caucasian through the years, and since I’ve been here and a little before, they’ve been trying to be more ingrained in the entire community. There’s no doubting the commitment to working to share the culture of others with the community at large from the perspective of classical music. African Americans have had a voice in classical music for many years, and we all need to know this. So, I think it’s been received well. VocalEssence has championed this cause. WITNESS is a multi-faceted program. So, we’re making Black history throughout the year. We are trying to share the culture by going to sources and artists. It’s okay to learn so you know the difference between appreciation and appropriation. So there’s a fine line there that we try to walk.

What do you want the audience to take away from this performance, especially during Black History Month?

The whole theme of the concert in addition to Bill’s piece, are Langston Hughes poems about dreams or they are high to that idea of dreams and being an agent of change. So, I want people leaving the audience realizing that they have dreams and that they need to act on their dreams so that they can be people who are creators of justice, creators of opportunities, creators of compassion, and equality in their communities. I want people to dream big and work toward those dreams.

I’ll be here at VocalEssence still going, but I’m doing the All-State Choir which is the top high school kids in the state of Minnesota later this month. I have several trips into the spring into summer for the National Association of Teachers of Singing in Las Vegas for Chorus America talking about the development of racially diverse community-based youth choirs. I’m going to Tanzania to help launch East Africa Choral Festival in July and the most important thing is my wife is 32 weeks pregnant! We’re having baby #2 sometime in March.

VocalEssence’s WITNESS: Of Such I Dream will take place Sunday, Feb. 18 at 4 p.m. at Orchestra Hall, Minneapolis. 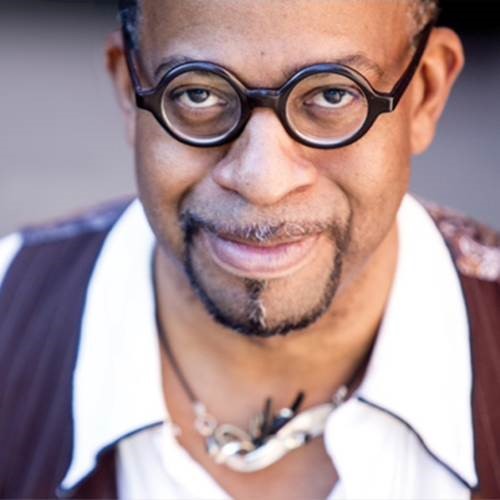 What was the inspiration behind the Langston Hughes letter and why that particular letter?

I came across a book that was the letters between Langston Hughes and Carl Van Vechten. I’ve been interested in what was going on in the Harlem Renaissance. So I just happen to be reading, and from 1931, there was this incredible letter from Langston Hughes to Carl Van Vechten letting him know that his travels have been in the word during the time of going back and forward to Haiti and Cuba. I had been back and forward to Cuba five times in the period that I was reading it. It was fascinating of what Langston’s impression was of Cuba and what he experienced. This letter was so powerful in the way that Langston writes because the whole experience is there, the people he met, the beauty of the trip but also some of the struggles he had. I read and I was like this was a great opera. The language of the letter is so beautiful. I thought it would be a beautiful vocal piece. So, that’s what we did.

I’m the 2018 composer with the WITNESS series. My full-time job including that I’m the director of Black Studies at Berklee College of Music in Boston is I also teach in composition for the graduate program there.

How do you view education?

African Americans from the time of the slave trade valued education as the critical thing that gave them their freedom. That’s what they inspired to do. There’s quite a fallacy in the air that black families don’t value education. Education has always been critical to the definition of lasting African American culture. It goes up and down because of economic reasons, but certainly, the desire for freedom and education has never left the African American community. I’ve taught in 40 colleges and universities over the last 25 years, and each city has different dynamics but there’s always young black students so, education is huge. I think what Phillip is doing to make those bridges that he talked about is critical to the arts. They show the engagement and community interest, education, and aesthetic cultural aspiration that has been a benchmark for Black people since the first slave got off the ship and said, “Lord, let me out of here.” 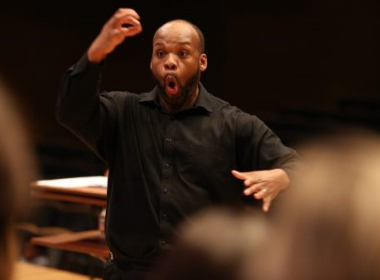 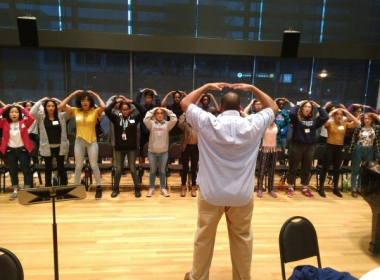