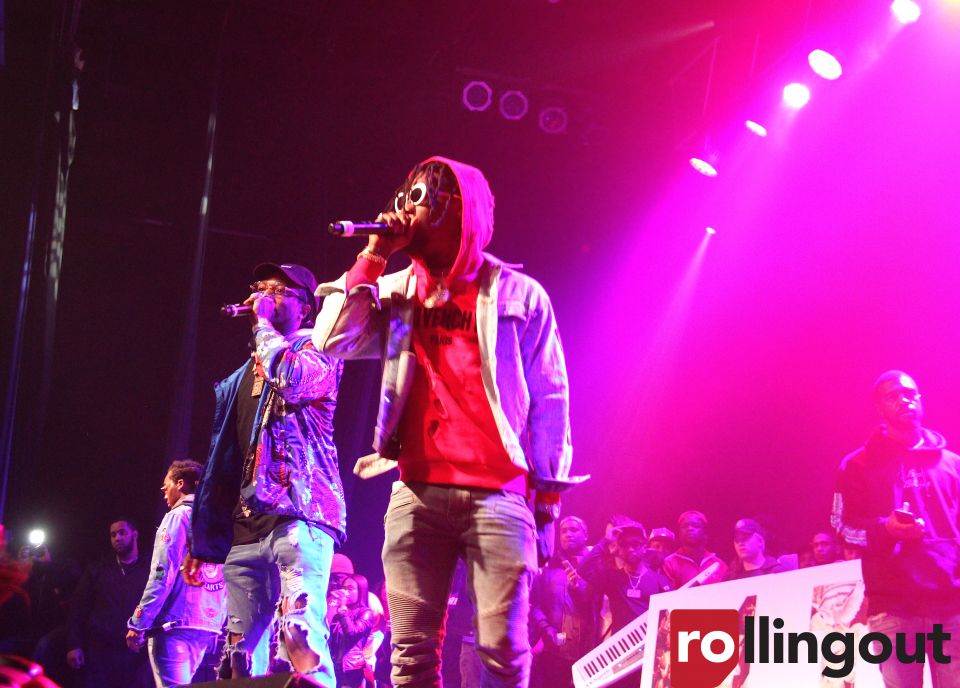 Migos say they were “cheated” after not picking up a single award at the Grammys.

The hip-hop trio comprised of Quavo, Takeoff and Offset was nominated for Best Rap Album for Culture and Best Rap Performance for “Bad and Boujee,” but lost out to Kendrick Lamar’s DAMN and “HUMBLE” respectively.

However, the “Slippery” hitmakers — who released part two of the record, Culture II, last month — have vowed to come back stronger at next year’s ceremony.

Offset — who is engaged to rapper Cardi B — told the NME magazine: “They cheated us.”

Quavo added: “There was nothing bigger than the f—ing Culture album this whole last year! They’re scared to handle the three-headed monster … Ooh! [But] we’ll be back next year. We’ll be f—ing back next year!”