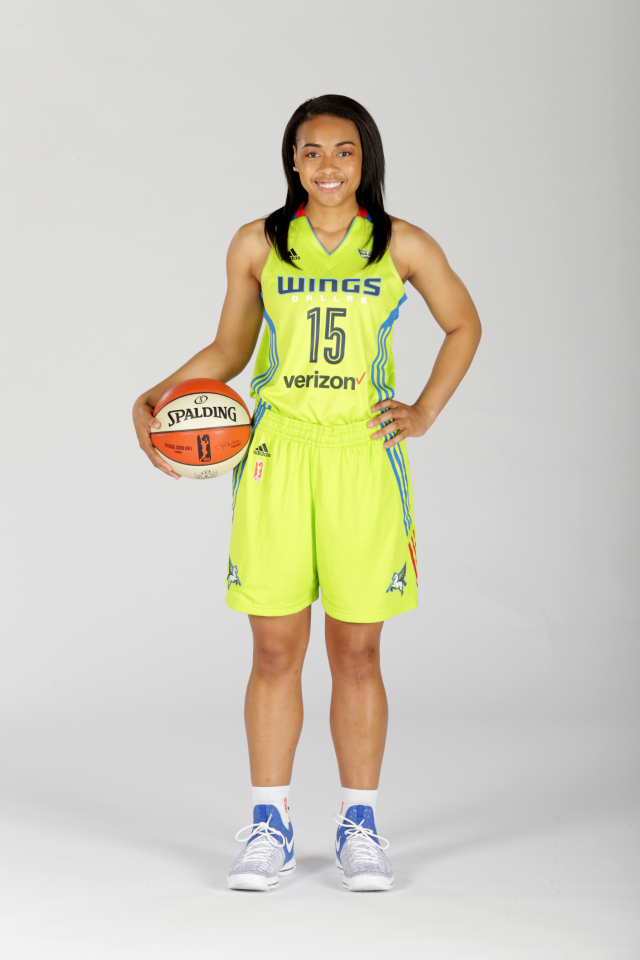 Allisha Gray has been crowned the 2017 WNBA Rookie of the Year. However, earning that title did not come easy. Dealing with a physical injury almost put a halt to the Dallas Wings’ guard’s basketball career, however, Gray has been able to recover and succeed in the league.

In this exclusive interview, Gray shares her story on pushing through adversity during the biggest test of faith in her career.

How did you begin your sports journey?

What’s your biggest win to date in your sports career?

My biggest win would have to be winning the national championship last year. Coming to college, it was always a dream of mine. To be able to accomplish that goal and go to the University of South Carolina to achieve that goal is a big deal for me.

What are some of your biggest challenges in your sports career?

My biggest challenge is after my junior year going into my senior year of high school. I tore my ACL and MCL, so I missed my whole senior year of high school. I didn’t get into the game of basketball again until I was able to play on the Divison I level and at that point, it’s hard coming from an injury of that sort, especially when you’ve sat out for a whole year. Within the pros, it was just adjusting to the physicality of the game. The girls are a lot stronger and bigger on the pro level than the collegiate level so I would say the physicality of the game was my biggest challenge coming from college to the professional league.

What advice would you give to the younger Allisha Gray? Why?

The advice I would give my younger self is, accept challenges and adversity because I got hit with a lot of different things referring back to the injury. I was participating in USA Basketball, I could have been a McDonald’s All American. That injury just hit me while at USA training camp getting ready to leave. So, I would say stay strong and get ready to face the challenges that are ahead of you and just know that you’re strong enough to get through them.

Where do you see your industry heading? Why?

I believe that the WNBA is heading in a positive direction. I say that because it’s been a lot of improvements in the league especially with the live Twitter stream that they did throughout the season. It helped the fans see what the WNBA was about and I would say that we gained more fans from the Twitter stream. People see us play on live Twitter, and the WNBA is featured on the NBA Live 2018 video game. Because I’m a videogamer, it was great to see yourself on the video game. I would have never imagined myself being on a video game and to see a dream come true is just showing that the league itself is trying to do things to impact us and get us better exposure.