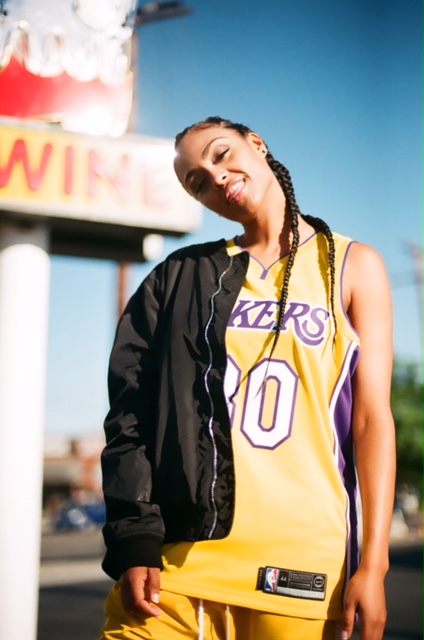 After years of deciding which route to take in life and self-doubt, Brittney Elena chased her dreams of acting and modeling by moving to Los Angeles. Elena has had to prove herself time and time again as more than just a pretty face but someone with endless talents to make her into a household name in all aspects of media. Elena is now a public figure who continues to push forward with hopes of advancing her passions in life. Check out her story below.

Tell a little bit about yourself and how you ended up in Los Angeles?
I’m from the Bay area. I grew up in Silicon Valley mostly. What brought to me L.A. was being booked gig after gig, and I got tired of driving my Honda back and forward every week. It was so many opportunities that allowed me to pick up everything and just go finally. I felt like that was my calling to come. I was initially going to school to be a doctor, specifically a veterinarian, but eventually, I switch my mind to be a pediatric dermatologist. Then I was like, I’m going to pursue my passion, and that is acting and making people laugh. That’s what truly makes me happy. I love animals and kids, but everyone kept telling me you need to go to L.A. and I finally followed my heart and went.

How did you transition into acting?
Growing up, my mom always had me modeling and doing commercials. It’s natural for me to do it. I have an outgoing personality, and I’m honestly just being myself. Of course, it’s nerve-racking, and I think everyone takes a crash to improve, but it’s natural for me. It’s like a hooper; the shot will never go away.

What has been the biggest win in your career?
Every accomplishment that I got blessed with was big to me. However, growing up, I did always want to be on Nick Cannon’s “Wild n Out.” I was a “Wild n Out” girl, and hopefully, it will give me a chance to try out being a comedian again. I recently just booked a major campaign with Nike that comes out in the summer. I was doing media with a company for All-Star weekend and was able to speak to individual athletes and interview athletes. I can’t pinpoint one [big win] because everything has been a blessing and big to me.

What has been your biggest challenge?
My biggest challenge is staying motivated when I get denied certain things because being in L.A., it’s very competitive. Also, being a woman, a lot of people will doubt you or some people will look at me and say, “She’s pretty but does she have talent?” The biggest challenge is for the people who do not know who I am to believe in me. Just being doubted when trying to come up in the basketball world and trying to do media and hosting, it’s just like people are always just looking at my looks. Like don’t just look at my looks, I actually have talent. I have passion for the game and I love being around the atmosphere and everything that has to do with basketball. I’m not a groupie. I want to be taken seriously.

What advice would you give a younger you?
The advice I would give the younger me is stop doubting myself. Growing up, I did everything by myself. I put myself in sports and tutoring classes. No one told me what to do, and if I couldn’t get it right the first time, I would sometimes doubt myself. So it would be to keep pushing, not giving up, reaching out to others for help, and not being scared of getting the word, no. So I’ve gotten this far by not giving up. I have to keep doing it and not get discouraged. A lot of people get discouraged, and they feel like they can’t do something, and when they finally do it, it’s like wow! Just keep practicing. Like Kobe, he goes hours in the gym until he gets it right.

Where do you see the industry heading? Why?
Media is an amazing outlet especially for the people who get looked over. It’s a way to show their true talents. It’s so many incredible talents out there, and I think they’re looked over due to the bigger names. The platform makes you expand, network, and come together to create great content. I feel that social media is going to help so many people to get that chance. Before in the past, it was more so who did you know, and it’s somewhat like that today. A lot of people still do get looked over with those who have a high following, but at the end of the day, true talent will always win. You can always have a high following, but you’re going to get tested in the long run to see what you can do with your content. It’s all about how you work and make it happen. You don’t have to get ready if you stay ready. 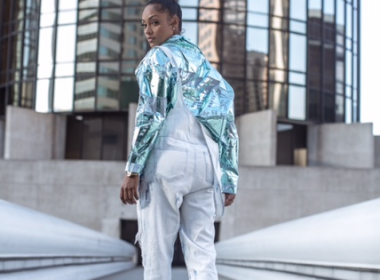 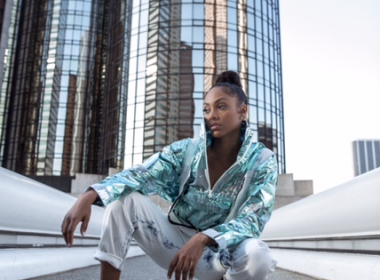