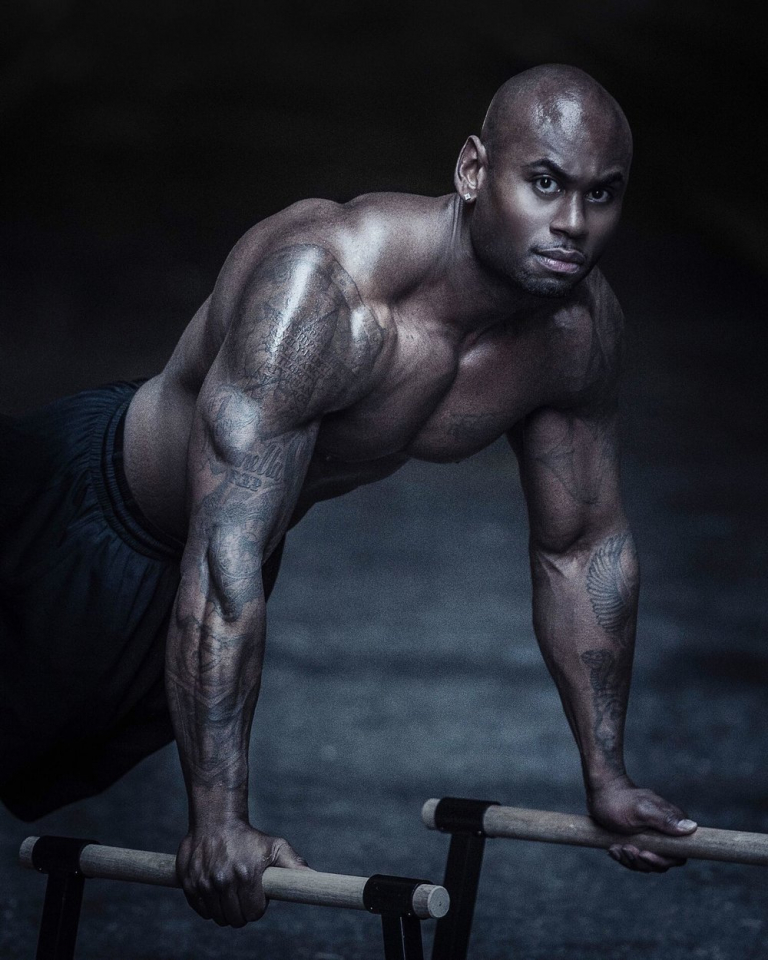 Corey Calliet is Hollywood’s hottest trainer to the stars, his client roster includes one of the biggest names in the business, Michael B. Jordan. Not only can he be seen on E Network’s “Revenge Body with Khloe Kardashian” as the main trainer, but he is the genius behind the toned and fit bodies of the Black Panther cast that many are anxious to see on Feb. 16.

Rolling out caught up with Calliet to discuss the importance of Black History Month and how the premiere of Black Panther during this celebratory month is monumental.

Why do you think it’s crucial to celebrate Black history?

Black history is very important. With my culture, it’s important that we recognize who came before us and pay respect to them.

Who are some Black trailblazers who have been the most influential in your life?

Of course Martin Luther King and Rosa Parks. I look up to Oprah Winfrey and Barack Obama as well. Those are just a few but when I think of those people, the things they stood for, and the things they did, I stand for the same things myself.

What are you doing to make history?

With my generation being so big on social media and things not so realistic, I’m trying to reform my generation’s mind. I’m big on mindset, helping people have better perspectives, and promoting positivity. With me being in fitness and fitness being one of the most transformational things, it starts with the mind. Being that person that people look up to, being positive, giving back, and helping my generation, and promoting healthy mindsets, not just healthy bodies.

What do you think is the significance of Marvel’s Black Panther?

To have an all-Black cast in a Marvel movie is huge. I think it’s going to a big win for us. It’s rare when we actually see a major movie that has an entirely African American cast.

How was your experience training some of the cast members for the movie?

It was good! I’m always happy to train superheroes because in my mind I’m a superhero myself. It was just an amazing process to see the cast get ready for the movie. It was great to go to the movie and see my work on-screen, so that was a big deal for me.

What can we expect in season two of “Revenge Body”?

In this season, you can expect a lot more real-life stories. Of course, we’re big on the body transformation but we were able to help a lot of the contestants reset their minds and their lives to just be grateful.