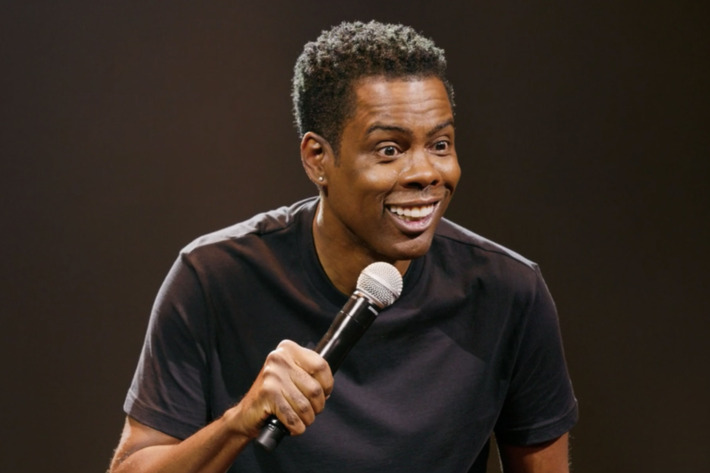 Chris Rock released his first comedy special in over 10 years via Netflix this week, titled “Tambourine.” One of the comedic geniuses of our time, Rock rose to superstardom with his intelligent wit and biting humor that pokes fun at political, racial and social issues while simultaneously mocking and enlightening his audiences. Rock’s reputation of being the best at addressing current issues with a perspective that appeals to the socially aware remains intact. For the highly anticipated “Tambourine,” Rock opens with the recent racial police shootings and of course President Trump’s political buffoonery but “Tambourine” takes a dark turn as Rock gives a candid explanation of his divorce, raising teenage daughters and readjusting to dating as a 54-year-old.

After a 30-year career, it’s obvious Rock has matured but his quick wit is still there. His perspective on Trump’s cabinet and gun violence are as creatively hilarious as one would imagine coming from Chris Rock. He explains the importance of bullying to a child’s education in a way that yields both laughter and additional thought long after the special has ended.

The title “Tambourine” is a play off a joke that compares marriage to being in a band, sometimes you are a bass player and sometimes you get to play the tambourine. After a 16-year marriage that produced two daughters, Rock and his wife finalized their divorce in 2014. In the special, Rock admits to cheating and took responsibility for being a bad husband. “I wasn’t a good husband. I thought I was the s—, I didn’t do the work I didn’t play the tambourine,” he explained. He also admitted to having a porn addiction that desensitized him and created intimacy issues that he described as “sexual autism.”

Taking the audience on a somewhat solemn journey, Rock discussed being awkward dating younger women and fighting with his ex-wife in court over custody issues. “It’s a hard thing to have to go to court to see your kids,” he shared. “It worked out though, I got my kids.”

One thing is certain, despite his maturity Rock remains king when it comes to offering a witty perspective while narrating real-life lessons.