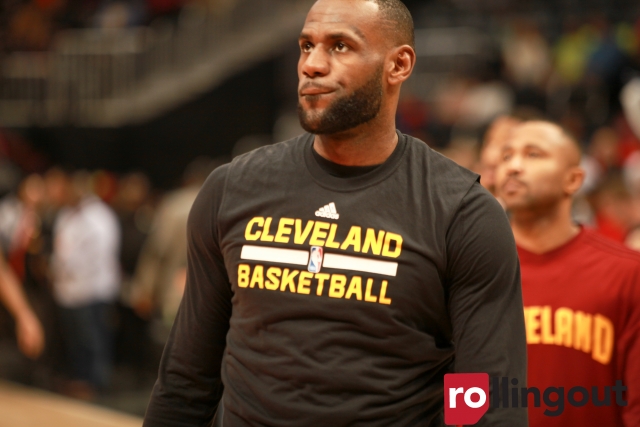 During an interview with ESPN, James said, “While we cannot change what comes out of that man’s mouth, we can continue to alert the people that watch us, that listen to us, this is not the way.”

James also spoke about the N-word being painted on his home.

“No matter how far you come, there are always people who want to let you know that you are still beneath them. You either cave in to that notion or you say, you know what, I’m going to paint over this gate and make it taller.”

Fox News host Ingraham responded to James by saying, “Look, there might be a cautionary lesson in LeBron for kids: This is what happens when you attempt to leave high school a year early to join the NBA,” she said. “And it’s always unwise to seek political advice from someone who gets paid a hundred-million dollars a year to bounce a ball.”

Ingraham is another horrible example of Fox News using racist tactics to push an agenda. While Ingraham was attempting to call James “dumb” for his statement against Trump, she failed to take into account Trump’s lack of knowledge.

Trump reads on a 4th grade level which is the lowest of the last 15 presidents, according to a study published by Newsweek.

Ingraham has since been dragged on social media for her comments.

LeBron is one of greatest examples of our country we’ve ever seen. He went from nothing to something. He had to be excellent at everything. To insinuate he’s not intelligent is appalling

They use to try and hide it.. now the president has given everyone the courage to live their truths. https://t.co/OwLSMHIG0m

She says LeBron should not comment on politics because no one voted for him.

NO ONE VOTED FOR LAURA INGRAHAM EITHER

Also, does anyone doubt LeBron could be elected Governor of Ohio?

LeBron is paying $41 million to send 1,100 underprivileged kids to college. His foundation recently broke ground on a new school. He uses his voice and his platform to speak for those who can’t speak for themselves. What has Laura Ingraham done to make the world a better place?…