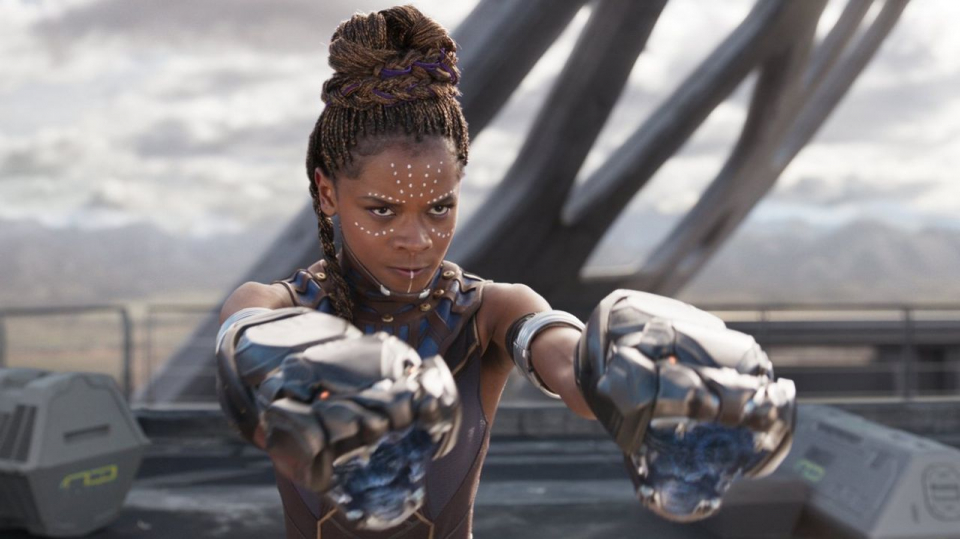 Phillip Boutte Jr. is a costume illustrator and concept artist for pioneering films such as A Wrinkle in Time, Justice League and Black Panther. Boutte tells rolling out how he got his start, as well as how he maintains longevity and success within the industry.

In celebration of Black History Month, Xfinity is spotlighting the pioneering talent behind some of America’s most beloved superhero stories and designs while chronicling the deep-rooted history and representation of the Black community. Boutte is one of the talents featured on “Groundbreakers: Heroes Behind the Mask,” which can be found on-demand in the Black Film & TV destination or on mobile devices via the Xfinity Stream app. 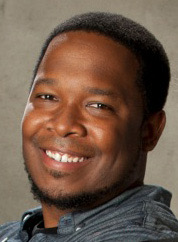 How did you get your start?
I studied at Cal State University, Long Beach, and earned a degree in illustration. I learned how to oil paint, watercolor, you name it. When I graduated, I attended Comic-Con in San Diego. I was going to show my portfolio [and] to try to get a job – video games or children’s books or whatever. There was a panel of costume designers who were from various movies – Harry Potter’s Judianna Makovsky and Narnia’s Isis Mussenden, to name a few. We went there, me and a couple of friends, to show our portfolios … didn’t think anything of it. The next day my friend, she’s a really good water painter, got hired to go and do Narnia for eight months in Prague. We’re straight out of college and we’re like wow. That’s a real job. I joined the Costume Designers Guild shortly after. I was hired for my first job with Sonja Hazel and The Mummy 3, and I’ve been working ever since.

Tell us about the concept of Black Panther.
I worked with costume designer Ruth Carter and my job is like the first strike in terms of getting conceptually what the ideas of the characters are and what they are going to look like. We work very closely with Marvel and their visual development team. We look at the comic books first. The initial passes that I did were Wakandan people. I worked on Ramonda played by Angela Bassett and I worked on Shuri [Letitia Wright] and the main focus for those characters was trying to get a general overall look. Ruth would give me pieces of research. She wanted to start with trying to infuse African culture into the comic book silhouette. We looked at different tribes. We were surrounded by the research of different African tribes. We could tell you these people have this type of hair and this is why. These people have these type of beads and this is why … We started there and kind of branched out from there.

Tell us about A Wrinkle in Time, since you didn’t have a comic book to reference.
Ava [DuVernay] was really focused on making sure we all read the script and read the book. She wanted to make sure she was true to the book and true to the characters. Ava actually found me on Twitter. I did an illustration of her for the Oscars. She saw it, she liked it and she followed me on Twitter. And then she invited me to be a part of the team on A Wrinkle in Time. That’s a fun story.

Who is your favorite superhero?
My favorite superhero growing up was actually Spiderman. I really loved reading Spiderman and the X-Men comic books. I’ve worked on several of the  X-Men films now, which has been a blessing. Black Panther was sort of a culmination. There’s only so many Black superheroes, especially the ones that are in popular mainstream comics. To be able to come full circle with that and to work on that film was really special to me.

When you’re working, what does your setting look like and sound like?
I work off of an iMac and then I’ve got a Cintiq. I have a screen I draw on. I have another supplemental monitor that I use as a reference. I have three monitors around me pretty much at all times. I might put a candle out. I’m usually in the dark cause I sit and work on my computer screen. I usually sit and draw and listen to music, or I sometimes put on a show or a book on tape something that keeps my mind focused and I just sit and draw.

What was the last audiobook you listened to?
The last book on tape I actually just finished listening to was Tiffany Haddish’s The Last Black Unicorn.

If there was anything in the world you could change, what would it be?
In terms of myself, I always strive to be a better listener, to make sure I’m completely listening to everyone and making sure I’m treating everyone the way I want to be treated.

What were your feelings when you heard you were going to be featured on Comcast Xfinity’s “Groundbreakers: Heroes Behind the Mask” series?
I remember being honored and taking pride in the fact that they would consider me for such a campaign. I remember feeling that it was really easy to jump on board because I know that they were promoting diversity behind the camera, which is also [important to me] — to have people of color behind the camera tell their own stories and diversifying the overall way we look at each other. The campaign itself was easy for me to jump on because since I was younger, I’ve wanted to see visual representations of myself on the screen, and now I want that same visual behind the camera.

What would you say to 12-year-old Phillip?
To keep working, to keep pushing, to know that things are going to change, regardless of what you currently think. They do change and they do get better.

Final thoughts?
Go see Black Panther and A Wrinkle in Time. Be inspired by the visuals that each of those films offers. Make more diverse art, so we can see the broad spectrum of people of color that we have to offer and not the same stereotypes.