Billboard chart-topping independent artist Jovonta Patton returns to the forefront with his new single, “Way Maker,” a song written by South African artist Sinach. Patton now has debuted at No. 1 twice as an independent artist.

During Super Bowl 52 in Minneapolis, Patton and his team wanted to take advantage of the millions of visitors, as well as traction that isn’t the norm in his hometown, to help promote the new song.

What an amazing plan for Patton. He didn’t know it would drive his team to a digital No. 1 single. His public relations team had no physical copies printed to push sales, so this win was unexpected — somewhat like the Philadelphia Eagles beating the Patriots.

The viral success came as a surprise to all who were involved. Patton said, “I sent the song to JeeMell Green, a friend who is CEO of the Headliner Agency [a top gospel management company]. Green was on his week-to-week travels throughout the country with one of his clients, comedian [and] internet sensation Not Karlton Banks; [Karlton Humes] happened to already love the song … Humes overheard Green listening to it and took matters into his own hands. Not Karlton Banks made a parody video and it went viral with over 500K views between Instagram and Facebook.“

Patton added, “Thank you to everyone who supported and downloaded the new single, as well as contributed to over 42K streams in the first week.”

Click here to listen to “Way Maker” by Jovonta Patton.

See the parody below: 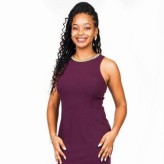