Quavo proves that he has more than just rapping skills. The Migos member showed off his basketball capabilities during the NBA All-Star Celebrity Game on Feb. 16.

Quavo spoke to ESPN reporter Cassidy Hubarth about his goals while on the court.

Quavo made five of his eight free throw shots and hit three assists for his team. His team included “Black-ish” actor Anthony Anderson, Common, Jamie Foxx and NBA player Jason Williams, among others.

In addition to making free throw shots and picking up the MVP trophy, the Migos were brought out by N.E.R.D, to perform “Stir Fry” off their new album, Culture II, produced by Pharrell.

They should let Nerd And Migos to the Super Bowl halftime show.

The NBA Halftime show is 🔥 #NERD #Migos Super Bowl was runny poop compared to this! 🏀 🌟

Just watched NERD and Migos perform the #NBAAllStar halftime and I low key preferred that to JTs Super Bowl halftime. 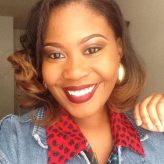